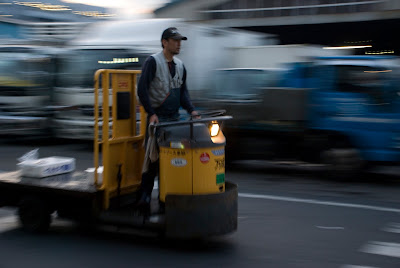 The Tsukiji fish market is an overwhelming riot of sounds, colors, smells and speeding mini trucks. This is not your typical tourist market, indeed large tour groups cannot visit and during the busiest season all tourists are banned. 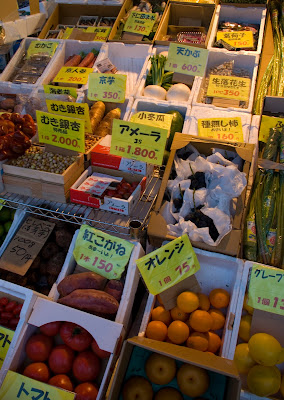 However, for those that brave the very early morning wake up call and the chaotic market traffic, the reward is a look at the largest wholesale seafood market in the world. Around 2,000 pounds of seafood a day passes through Tsukiji. 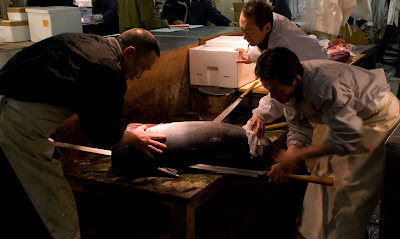 The area is built rather like an onion, with a surrounding district of shops forming the skin, and then layers of supplementary shops and stalls selling a wide variety of non seafood items mixed in with sushi restaurants. The actual market occupies a large area in the center. The Saturday morning that I was there was a popular one, as many tourists and Tokyoites had come down for a taste of the freshest sushi you can find, leading to lines that ranged from long to staggeringly long. 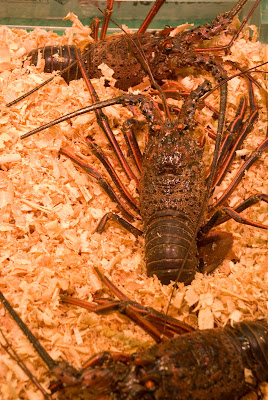 The best reason to make the trip is the sheer spectacle. From lobsters to live clams to squid to slick silvery fish to massive frozen tuna, every sort of sea creature you can imagine, and a few you probably can't, makes an appearance. I was most impressed by how the frozen tuna are handled, as if they are big red frozen fish logs, saws and all. I certainly never thought I would see a fish fed into a band saw! 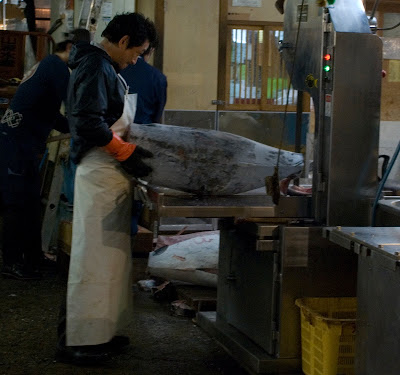 I really enjoyed my early morning visit, though I did have to be careful not to get too wrapped up in my shot composition, as the carts, both motorized and not, won't stop or slow down for anybody. 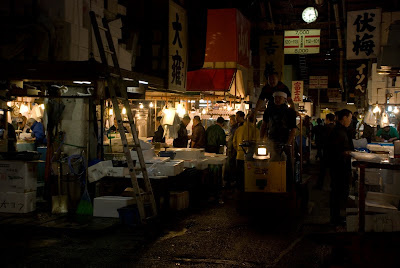 Posted by Travelingrant at 5:17 AM