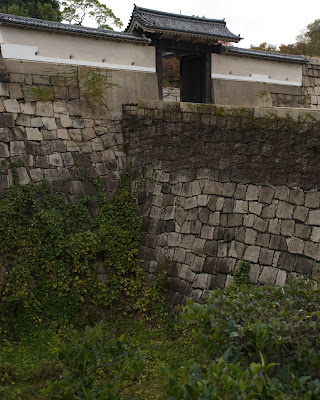 One of Osaka's biggest attractions is Osaka Castle, the former stronghold of Toyotomi Hideyoshi. The reunification of Japan at the end of the "warring-states period" in the late 1500s was accomplished by three men, Oda Nobunaga, Toyotomi Hideyoshi, and Tokugawa Iyeasu, and Osaka Castle played a very large roll in that history. 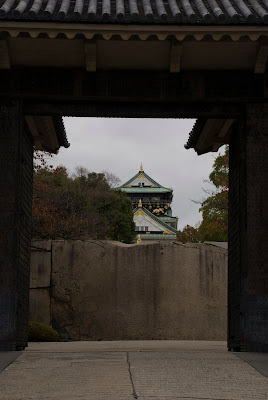 Hideyoshi actually succeded in uniting all of Japan, but lacked the power to actually be declared Shogun. His center of power was Osaka Castle, and he intended the fortification to be the grandest, largest castle in the country. He squandered much of his wealth and military power on a pair of failed invasions of Korea, and died before his son and successor came of age. 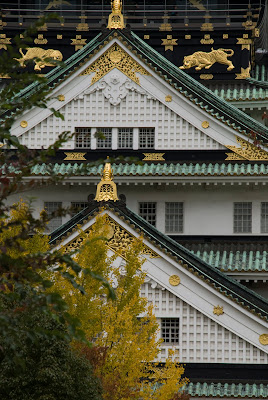 The first castle was destroyed in a siege in 1615 when Tokugawa assaulted Osaka and slaughtered the remains of the Toyotomi clan, securing power for his family for the next two hundred years. His son rebuilt the castle five years later, and much of the outer walls of that version still remain. 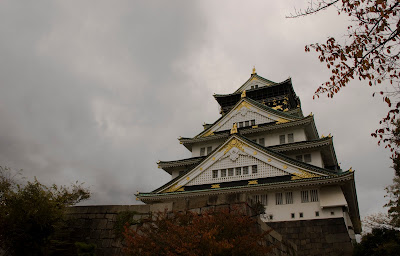 However, like most of Japan's wooden landmarks, Osaka-jo succumed to the flames several times over the centuries. Lightning strikes, civil war and American air raids burned down the central keep several times. The current concrete building dates from the 1960s, and contains a fairly interesting museum in its eight floors. 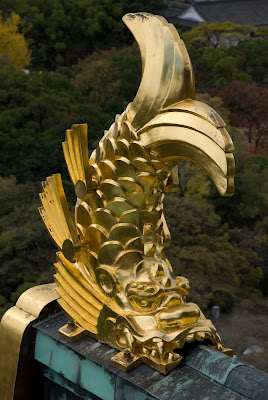 The tour starts at the top, with panoramic views of the city. From there you work your way through the history of the castle, Toyotomi Hideyoshi, and the samurai era in general. Once you get to the bottom, you have the requisite gift shop, with copies of Osaka edition Monopoly! While those wanting to visit a REAL castle would of course be better served by traveling an hour south to Himeji-jo, Osaka Castle is a must visit if you have a day or two to spend in Osaka. 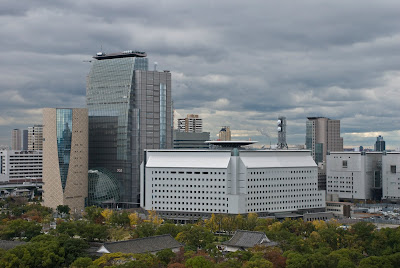 Posted by Travelingrant at 12:41 AM