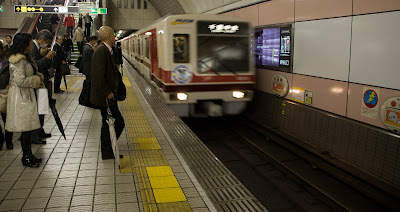 After a week spent in the inaka (countryside), it was time to head back to the city. Zach, one of my oldest friends, lives in the heart of Osaka near the Shinsaibashi subway station. He is heavily involved in a Japanese/ English language sketch comedy troupe called the Pirates of the Dotonbori, and I was lucky enough to catch one of their shows. 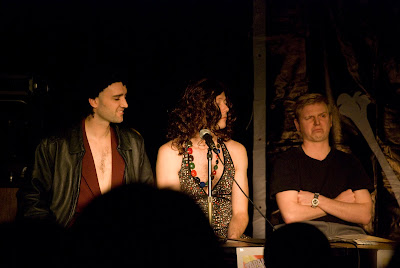 Usually a Pirates show is all improv, but this time they decided to branch out and the second half was a comedy musical with original songs and much cross dressing. The whole show was hilarious, and if anybody has a chance to catch a Pirates show while spending time in Osaka, I'd recommend it. 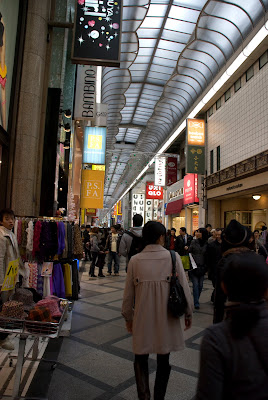 Of course Osaka is far less of a tourist stop than Tokyo or Kyoto, despite it's central location and excellent transit links. As Zach once said, "Osaka is a great place to live, but I'd never want to visit." I can see why people would think that, as it is a fairly typical large, gray Japanese city but I disagree. Osaka has a lot to offer as a tourist destination AND a fun place to live. 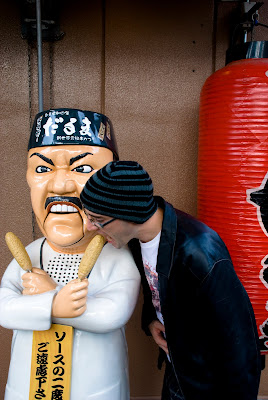 For one thing, Osaka is certainly the food capital of Japan. Kyoto may have its famous traditional cuisines, but Osaka has takoyaki, kushikatsu and okonomiyaki, which is my favorite Japanese meal. (Though I like the Hiroshima style okonomiyaki better, with added fried soba noodles) Zach took me to Daruma Kushikatsu, the center of the kushikatsu renaissance. The meal involves skewered items like chicken, beef, roasted garlic, onion, peppers, meatballs, cheese and more being breaded and fried, then dipped in dark rich tonkatsu sauce. Zach and I devoured 15 skewers each and then rolled out of the restaurant. 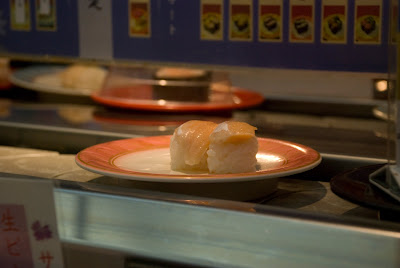 In the Shinsaibashi shopping street there is a Kaiten (rotation, or conveyor belt) Sushi place that offered all you can eat sushi for under 10 dollars (890 yen). Of course the sushi didn't have the most generous slices of fish, but at that price its still an excellent value. I put away 12 plates worth and at 2 pieces per plate it comes out to about 37 yen a piece. 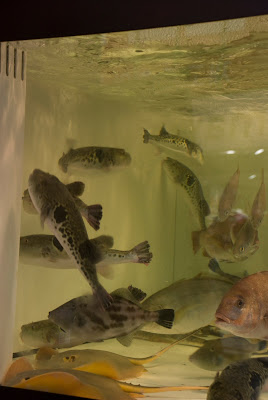 These ugly little guys in this fishtank are the famous Fugu blowfish, which is a dish I have never had. I love eating, and I also enjoy trying some crazy things, but I try to avoid any dinner that might kill me!
Posted by Travelingrant at 1:52 AM