The Glory of Jetlag 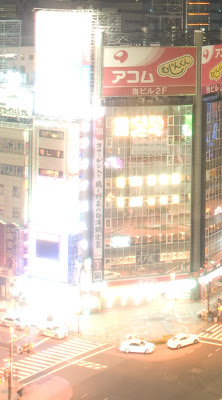 I have returned after my most epic trip to date. In 30 Days I visited two countries, 6 airports, 12 Cities, and 17 friends. I shot approximately 23 Gigabytes of photographs, the best of which will grace this blog in the coming weeks and perhaps months. 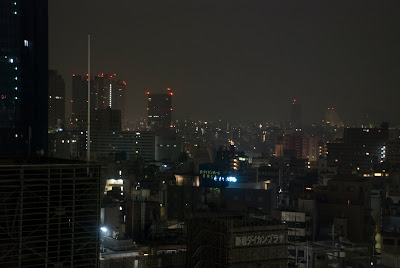 From the moment I landed back in Japan I had this strangely giddy expression fueled by excitement, exhaustion and the hustle and bustle that is the land of the Rising Sun. My hotel was located right in the heart of urban Tokyo in the district of Shinjuku. While there are many nightlife hot spots in Tokyo, Shinjuku is among the biggest and the best. 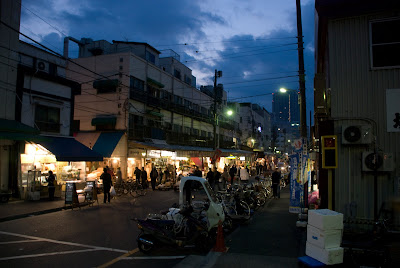 I was up very early the morning after my arrival, a victim of the time change. I spent some time from around 3 am shooting photos from my hotel room, seen above. After an hour or so of that, I decided that a trip to the Tsukiji fish market would be a good idea. I had never visited before, as the market does most of its business before 6 AM which is a simply ghastly hour to be awake if you aren't jetlagged. With the early riser problem solved, I hit the streets around 5, en route to the largest wholesale fish and seafood market in the world.
Posted by Travelingrant at 1:49 AM