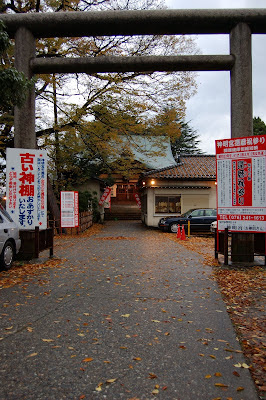 The weather lately has been mostly a constant freezing rain. Just cold enough to give you hypothermia, but not cold enough to actually become snow. Weather like this really gets everybody down, so I thought it was time for some low-key old fashioned fun. A pizza/ cards party at my tiny apartment.

Those who have visited me know how hard it can be with just two people in my "living room," but I decided to go for broke and crammed five people; Anna, Dan, Travis, and Alexis, into my humble abode last Friday night. With pepperoni pizza from Dominoes, Asahi, and Uno we had a great night chatting and cursing at each other for all the vicious vagaries of an Uno game. "Draw Two?!?!? Again!?!??! Our friendship is Over!" 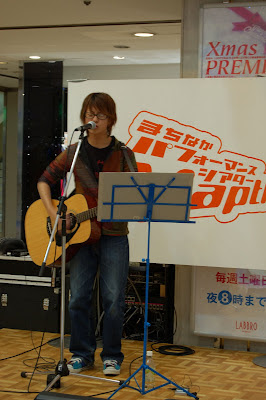 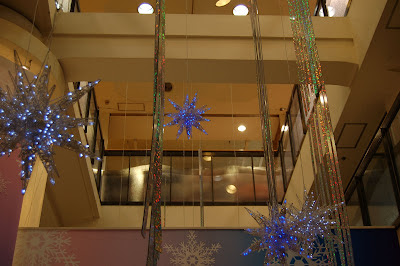 The next day, before Travis headed back into the Inaka, we met up with Alexis for some Italian food and Christmas Shopping. Everybody is getting excited for the Christmas Break. A lot of people are going home, some are going to Thailand, and some are having relatives coming out to visit here in Japan. I know I can't wait for my first trip home since I arrived over a year ago.

On Saturday night we had the work Christmas Party at a local place we just call "The Chili Restaurant." It sticks to no single cuisine, instead offering a nice, spicy arrangement of dishes from all over the world. We had spicy Hong Kong Nabe, or so I heard. All I know is it tasted great.

After that I headed over to meet up with some more friends at the local dance club where we thrilled to a very... eclectic selection of music. From traditional Jewish tunes to Reggae to '50s pop we got our groove on to some pretty strange tunes. Yes folks, Grant "Twisted again, like it was in fact last summer." They even played a remix of the old Batman TV theme. Yeah you know the one. "BATMAN!" While the music was crazy and the DJ's constant chatter was annoying we still had a great time and will be back for sure.
Posted by Travelingrant at 4:57 PM