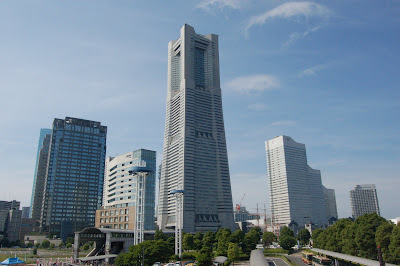 A few weekends ago I was off to Tokyo again. This time accompanied by Mike, who had a couple friends he wanted to see, and a few clubs to visit. The first day we just bummed around Tokyo a bit, wandered Ueno, ate some delicious Korean food and generally just hung out. 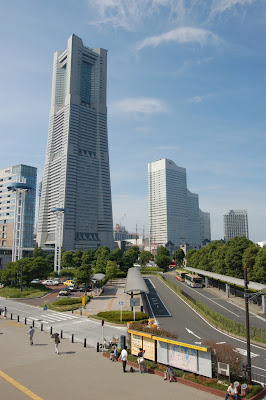 Sunday we headed to Yokohama, the second largest city in Japan (popuation 3.6 million), and a powerhouse port town. Yokohama is also home to the Landmark Tower, the tallest building in Japan, and home to one of the fastest elevators in the world. 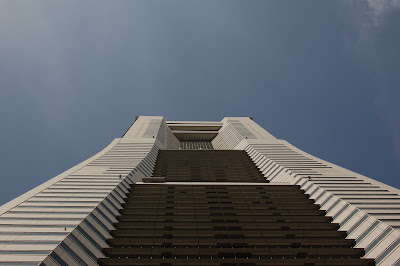 We decided to visit the Landmark Tower first, as that was closer to the train station. The elevator was indeed so fast, that your ears pop on the way up! The views from the top are spectacular, but would have been more so if the air was a bit clearer. We could barely see the towers of Tokyo, a mere 18 kilometers away. 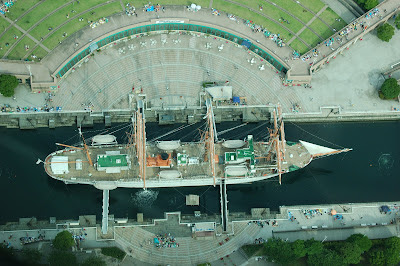 Looking straight down was more like seeing the world from a low flying airplane or satellite than a building! 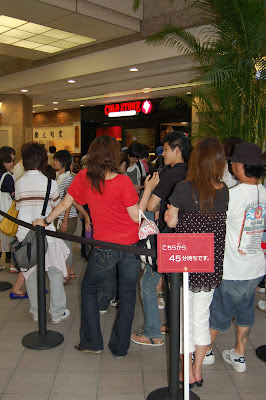 Notice, a 45 minute wait for Cold Stone Creamery. Now I like ice cream just as much as the next man, probably even more, and even I could never justify 45 MINUTES! for Ice Cream!?!?! I'm sure its delicious but seriously. At least the Wendy's next door was considerably less busy, and pretty tasty in its own right. 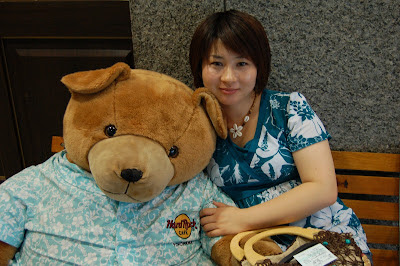 I managed to get Sachiko to pose with this cute Hard Rock Cafe bear. 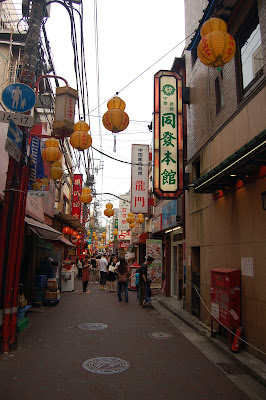 Our next stop was China Town, the largest of several in Japan (prominent others in Nagasaki and Kobe). The sights and smells of Chinese cooking enveloped us, and we rather regretted our rash decision to indulge in chili cheese fries at Wendy's. 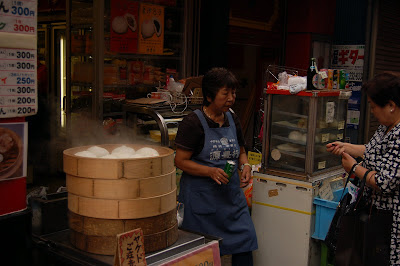 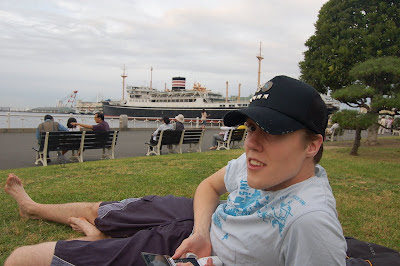 For a light dinner we stopped by Yamashita park and demolished cheese and crackers and a bottle of New Zealand red wine. The park was glorious, if a little bit chill, for June. 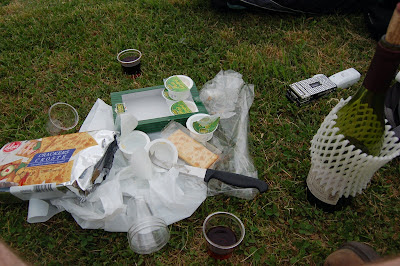 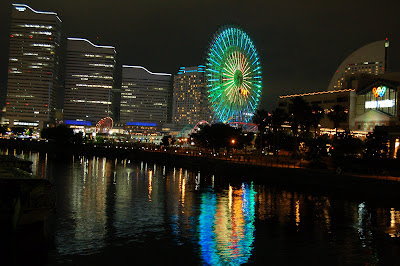 Michael then went back to Tokyo to see a friend, so Sachiko and I went to the Amusement Park to ride the Ferris Wheel. The views of Yokohama at night from the top were spectacular. 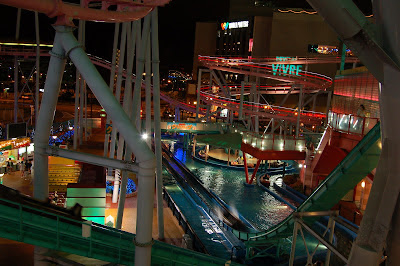 And that was it. We caught the train back to Shinjuku, and I hopped on the night bus back to Kanazawa, another fantastic weekend was over.
Posted by Travelingrant at 11:12 AM