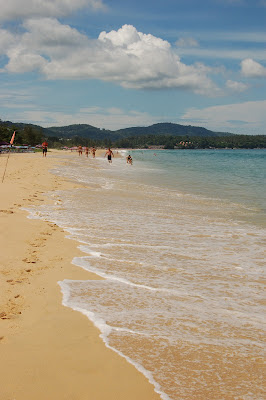 My last day in Phuket dawned sunny, clear and hot. My flight to Bangkok didn't leave until 9:00 PM, so I had plenty of time to kill on the beach. 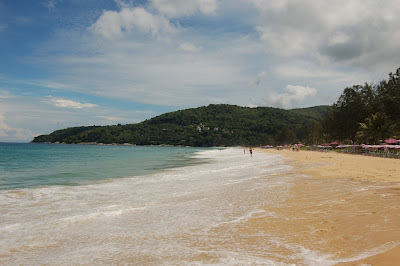 A quick dip in the Andaman sea was a great way to refresh myself after walking around town all morning. I noticed that throughout South-East Asia Hotels had a much more civilized check out time of 12:00 noon. Of course they have a correspondingly later check-in time, but since all my flights were pretty late, that was no problem. 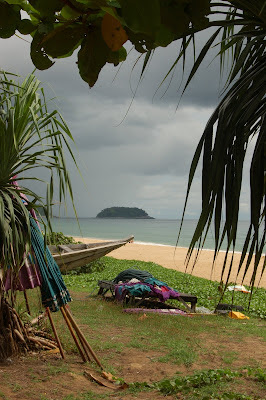 After I checked out, I left my bags at the hotel and headed back into town for lunch. One delicious green curry later, the first of the trip actually, I was just moseying about aimlessly and I noticed that the clouds over the Andaman Sea were getting larger, and darker than usual. 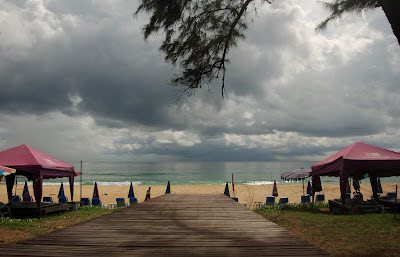 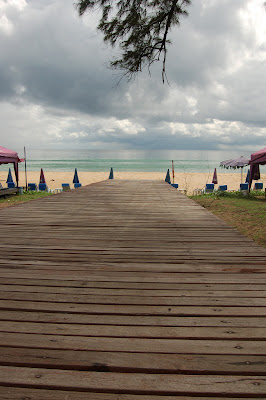 So on the way back to the hotel I ducked into the large covered market that was nearby. The market was pretty cool, but I detest having people try very hard to sell me things. I just want to be left alone to browse, and if I want something, well I'll let you know, thanks. Of course thats not really how street markets anywhere work, and especially not in Thailand. If they notice one iota of your concentration landing on their stall, they are on you like Jaws on a beach of nubile maidens. 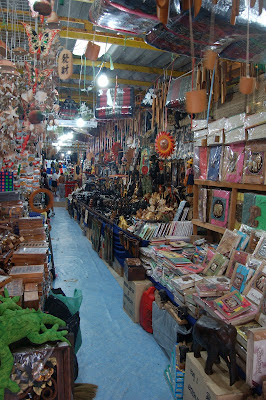 I still managed not to buy anything, though I almost bought some knockoff Birkenstocks. God knows the poor lady tried hard enough to make the sale. I figured that in general anything I could get in Phuket, I could probably get in Bangkok much cheaper. 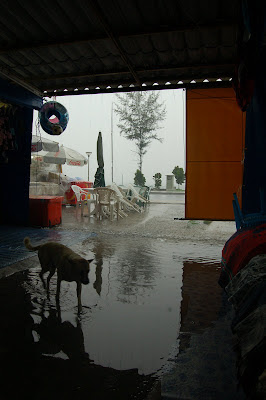 I was lucky to be indoors though, as the heavens opened up and it started absolutely pouring outside. Like it was a torrent of nigh biblical proportions. Anybody caught outside, even if they had an umbrella or a rain slicker, were soaked within minutes. The crowd in the increasingly stuffy market built up, with many people clustered around the door waiting for the rain to abate. We waited, and waited, and waited some more. As we were waiting the market started to flood. Finally I had had enough waiting, and sprinted the 20 yards to my hotel. Needless to say, I got pretty wet. But soon enough I was on my way back to Phuket International Airport for my flight to Bangkok. That was an interesting experience. Budget airlines, night flight, thunderstorms, even I was a little bit worried as we came in to land at Suvarnabhumi Airport, ready to start the Bangkok portion of my trip.
Posted by Travelingrant at 11:20 AM

I look at those dark, fluffy clouds with their heavenly highlights and textures and see some serious HDR potential . . .