City of Angels, City of Rain 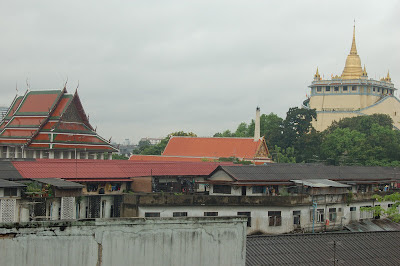 Phew. I think I'll stick with the less official but slightly more widely used Bangkok. (Thanks to Lonely Planet for the name and translation) 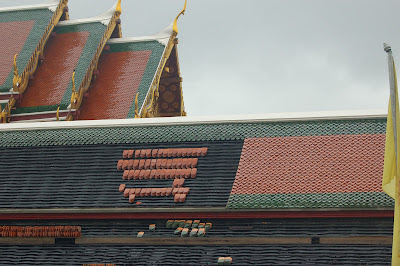 My first full day in the City of Angels was marred by an unceasing rain. I had my breathable Gore-tex jacket, but with the heat and the humidity, it wasn't near breathable enough. Despite the rain, I actually got wetter WITH the jacket on than with it off. 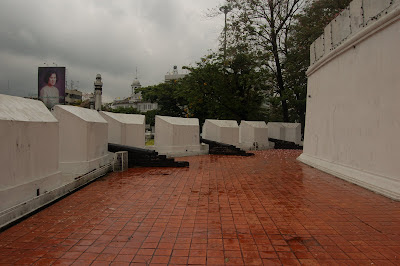 I was also foiled by the fact that it was May 1st, May Day. Just about every store and restaurant was closed, which made being a tourist a bit more difficult. The Golden Mount, a huge temple complex visible from my hotel room was open to all, but filled with local worshipers which made me feel a bit uncomfortable. 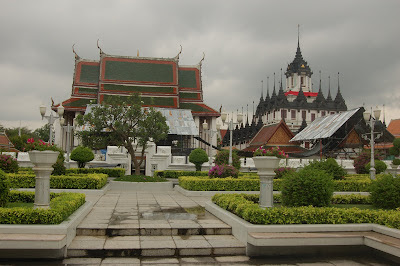 Sadly, while my hotel was centrally located, it was a little on the old and musty side, so I certainly didn't have any desire to spend my day in my room. My only recourse was to wander the streets, and see what I could see. I encountered the Golden Mount, a fortress complete with cannon, a few snazzy looking temples, and the Winged Democracy Monument. 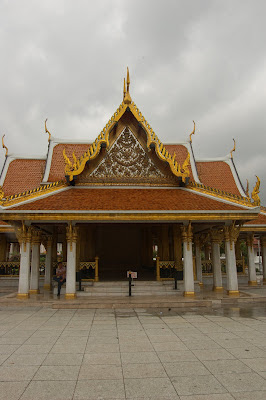 Of course, I continued eating my way through southeast-Asia, with another delicious Tom Yum Gan, which wasn't quite as spicy as the one I had in Phuket, thank God. 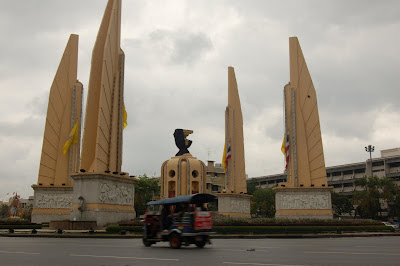 Being it was May Day, many of the cities residents had taken to the streets wearing yellow shirts embossed with the symbol of the Monarchy. Thailand takes their King VERY seriously, and they love him with a passion unknown in the States. Even George Washington isn't nearly as revered as King Bhumibol Adulyadej. 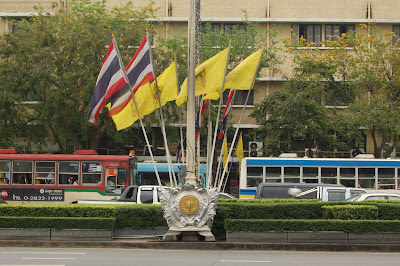 After a long day of walking in the dripping, muggy weather, I was glad to take a shower and crash out with hopes of a dryer, cooler tomorrow.
Posted by Travelingrant at 10:34 AM