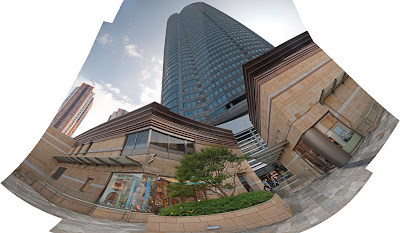 The 54 story Mori Tower hosts a cinema, an office building, shops, an observation lounge and an art museum. On my last trip to Tokyo the important part of that equation was the art museum, which was hosting the show European Masterpiece from the Museum of Fine Arts, Boston, which is rather a mouthful. 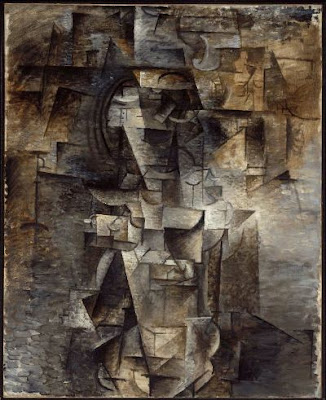 80 paintings were shipped to Japan from Boston for display, two months in Tokyo, and two months in Kyoto. The works were arranged both chronologically and by theme, starting with portraits. Probably the most striking image in that room was Pablo Picasso's Portrait of a Woman. I'll admit I've never really been a big fan of Picasso, his painting simply aren't beautiful to me. However, I can't deny his deft skill, this work may looks strange and unusual, but upon seeing it you know that it looks exactly how he wanted it to, there is no gap between skill and vision here. 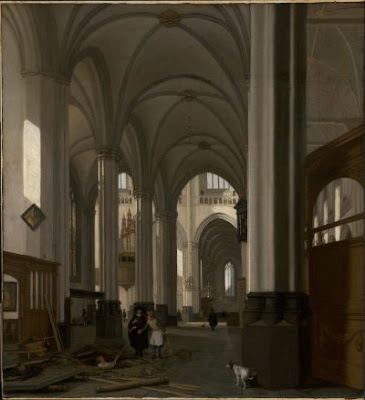 The next room was devoted to religious subjects, and while there were interesting works, nothing really jumped out at me. However, following the religious were four dutch paintings from the late 1600s, including this one, Interior of the Nieuwe Kerk, Amsterdam, by Emanuel de Witte really caught my eye. The painting is quite large, and the interplay between light and shadow in the fore, middle and back ground is amazing. By placing them after the older, religious paintings, Dutch works really stood out. You could see just how revolutionary they were at the time, breaking free from established artistic dogma and painting simple, normal, every day life. 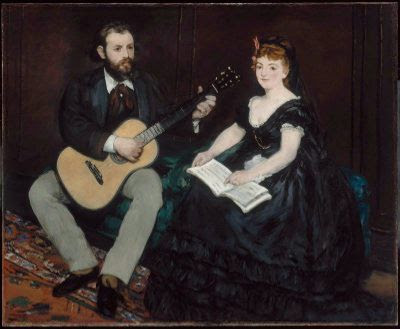 Given that I had just come from a show devoted to Eduard Manet, I was pleased to see a few more of his paintings on display, including this one entitled Music Lesson. The show had a very large selection from the other famous French artist whose name starts with M and ends with net. There was an entire room dedicated to Claude Monet, and I have heard that the Boston Museum of Fine arts has the largest collection of Monet outside of Paris. 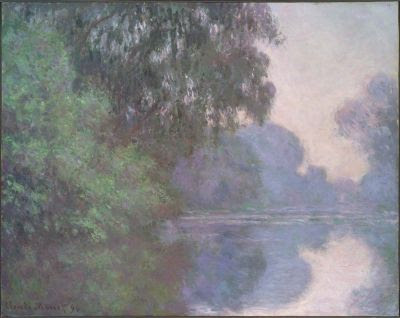 If I had to pick my favorite of the Monet works in the landscape room it would be this, Morning on the Seine, near Giverny. At this resolution and size it is hard to see, but the way he captured the early, misty morning light was amazing. Monet was always exploring the different effects of time of day and weather on light, and I love the way he could put that on a canvas. 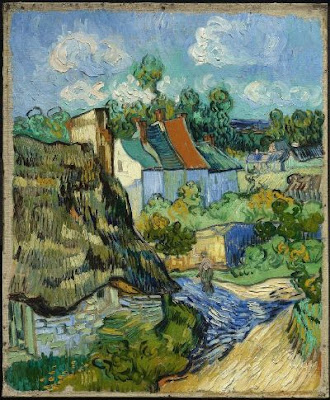 There was an entire room dedicated to Impressionism and landscapes, and the lone Van Gogh piece dominated it. Something about his brilliant colors and shapes just makes his works stand out. It also makes his them less effective in reproduction. In my mind, there is little substitute to seeing a Van Gogh painting in the flesh. 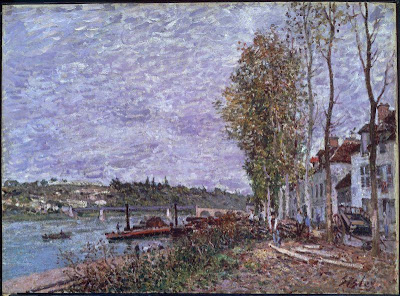 Another of the Impressionist landscapes that I took a fancy to was Overcast Day at Saint-Mammes by Alfred Sisley. Looking at his paintings, I found that to me his works sort of stretched a bridge between Impressionism and Realism, with the the emphasis on both light and feel as well as the details of the objects in the painting.


I could keep going, there were so many fantastic pieces, and amazing artists represented, but I'll stop here before this post becomes a book in itself. One last blog related note however, this post is number 500 on my blog. 500 posts, four names, and five years. Reading back, it has been an eventful time! I like to think I've become a better writer, photographer and blogger over the past five years. Here's to the next 500 posts!
Posted by Travelingrant at 10:21 PM

Is that dog lifting his leg in the DeWitte painting of the Neue Kirche?