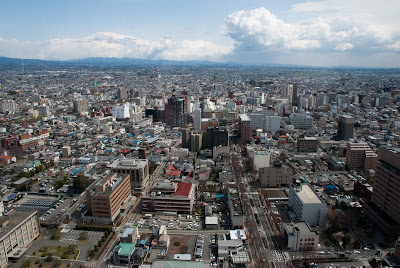 Classes start this coming Wednesday, so I've had over a week to get settled in my apartment and learn about my area. Maebashi is the capital of Gunma prefecture, and sits at the north-western edge of the Kanto Plain, the broad flat region that encompasses Tokyo and its many suburbs. We are at the gateway to the Japan Alps, and have high mountains on three sides. My Apartment itself sits on the slope of Mt. Akagi, a possibly dormant volcano that's last proven eruption was over 1,000 years ago. Nearby, on the border between Gunma and Nagano prefectures is Mt. Asama, which is still active, and is in fact the most active volcano on the island of Honshu, last erupting a little over a year ago. I kinda hope I get to see a nice big (but harmless) ash cloud, but that's the geology geek in me talking. 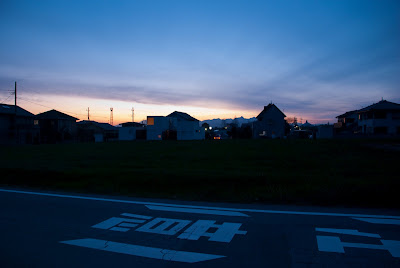 Maebashi has a listed population of over 320,000 but that number is a little bit deceptive. There is a tendency in Japan to merge towns and municipalities that are nearby in order to increase the list population. I live in Ōgo, which up until 2004 was its own town, population 17,000. However, Ogo and several other towns nearby were absorbed into Maebashi, and are all governed from the Maebashi City Hall, despite being ten kilometers out of the center of town.

The mergers are a symptom of decline, both of Maebashi and it's suburbs. I've often heard of Japan's rapidly graying population, and of the havoc wrought by the popping of the Japanese Economic Bubble in the early 1990's, but despite two years in the country I had never really seen much first hand evidence for either. After all, Nogoya city and Aichi prefecture was one of the least hit areas of the bubble collapse because of the large manufacturing base (Toyota being a big one). Kanazawa too is a major domestic tourist destination, and is home to several universities, leading to a surplus of younger people living there. 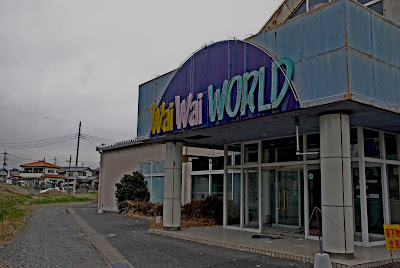 Maebashi has none of these, and is in fact losing the local economic race to the nearby city of Takasaki. Takasaki is now the largest city in Gunma population wise, and is growing economically due to its bullet train stop, and the ease of commuting between it and the rest of the greater Tokyo area. Walking around Ōgo, for every two operating concerns, there is at least one that has been abandoned, like the above Karaoke establishment. There is a distinct gap in the ages as well, between about 17 and 40 as the young people head off to university, and don't come back. While Ōgo is but a shadow of itself, I feel that similar is true of Maebashi, though the economic rot isn't as far gone. The central shopping area still exists, but there are many shopfronts that are permanently shuttered, and with the growth of suburban mega-malls I imagine that Maebashi's shopping district won't be revitalized any time soon. 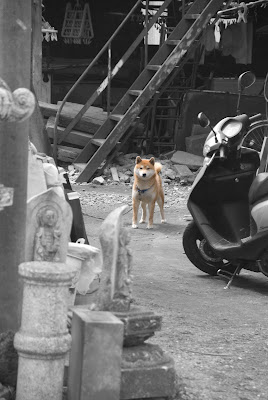 This isn't to say I'm unhappy to be here. While Maebashi may not offer the culture of Kanazawa or the excitement of big city living like Nagoya, the gorgeous mountains and quaint fields make their own argument for Gunma Prefecture. While Takasaki may be more convenient to Tokyo, this marks the closest I've ever been to such a metropolis, which bodes well for the occasional weekend in the City. With the city being a bit off the tourist beaten path, any pretense of being able to get by in English is gone. In only a week the area has been good for my Japanese, and I can only imagine better things to come for my speaking and reading skills. Even the menu at the local Indian restaurant was entirely in Katakana, with not a roman character to be found! 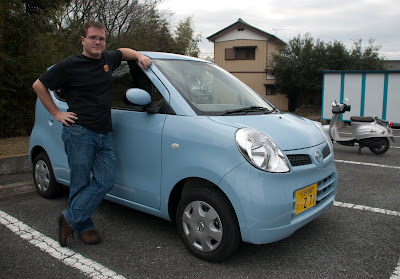 While I had been afraid of driving in Japan, I find I actually treasure my little Nissan Kei Car. It makes living in such a small and far flung area much easier, and its quite liberating to be able to drive to the places I need to go, rather than depend on the dilapidated local private rail line, which only runs every 30 minutes. I never thought I'd be singing the praises of an automobile over Japanese public transit, but there you have it! I've been under pressure from the local ALT's I trained with to name my car, and so I have. I call it Hammond, after the diminutive but hilarious Richard "Hamster" Hammond of Top Gear.
Posted by Travelingrant at 12:01 PM

Grant has a car. Roadtrip! Back in my Nagano days, I took the train passed Mt. Asama and it was smoking like a movie volcano. There were videos of farmers on the news carrying ash blackened cabbages, like a hellish snowstorm.

Half of the buildings in the Chinese town where I lived were abandoned and there were almost no people between 18 and 40. Everybody wants to live in the big cities.

An entire week to settle in must have been nice.

@ Zach, nice, sounds like Mt. Saint Helens, back in the day. @ Mia, yeah, the week was good in some ways, but just a couple of days would have been fine really, boredom started to set in pretty quickly actually. Starting work has been good!

the name of the car fits. Good job.