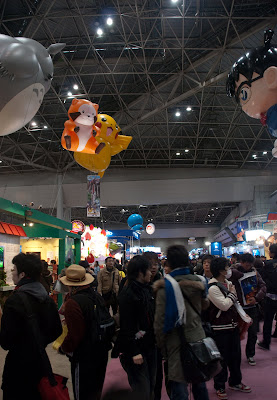 I'll admit, I was anti-Anime for a very long time. I can't even say that I had a good reason for not liking an entire genre of art, I just didn't like it. Then Spirited Away won the first ever Academy Award for best Animated Film, and I decided to check it out. 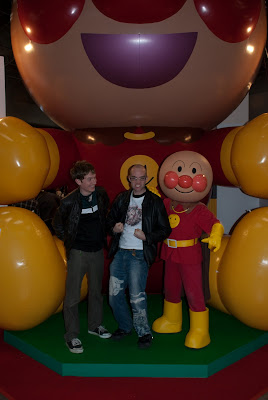 The works of Miyazaki and his Studio Ghibli blew me away. From Spirited Away to Kiki's Delivery Service to Castle in the Sky these were movies that were not only amazing animated films, but amazing films in every way. 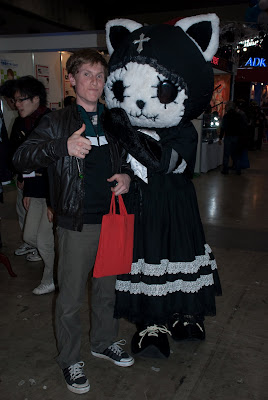 From there I found other famous shows, and started a slow decent into semi-fandom. While I may not live and breathe Anime, the chance to check out an expo devoted to the subject, all in the heart of Tokyo? How could I pass that up? 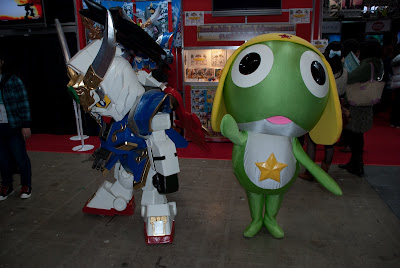 The lines into the Tokyo Big Sight convention hall were pretty epic, but the Japanese efficiency at crowd control soon manifested, and Zach, Miku, Ryan and I made it in without too much trouble. The hall was filled with exhibitors, all showing off their latest shows. This was actually a bit of a problem for us, as usually shows are released in English well into their run, and anything too new we haven't heard of! 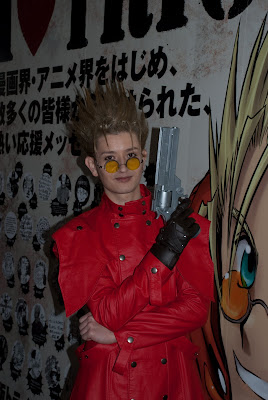 While I'll admit I was expecting a lot more cosplay and a dealers booth well stocked with Evangelion merchandise, I had a lot of fun popping about the Expo. I was surprised to find that some of the most fun I had was actually in the emerging artists areas, seeing not some well established character, but art fresh from a students pen unhindered by the backbreaking workload that can stifle the animators in Japan.
Posted by Travelingrant at 9:00 AM

I think the only reason Japan recruits foreign teachers is to suck more people into their anime web. It's a conspiracy that must be stopped.

I would have definitely gone here!