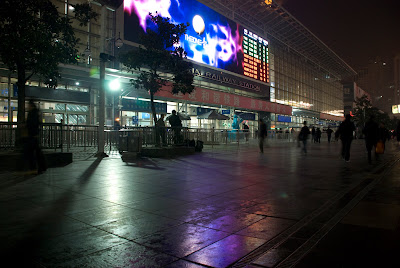 One of the cheapest and easiest ways to travel between Shanghai and Beijing is by night train. The journey takes around 12 hours, but if all goes well you'll sleep for most of it. There are three fare options, the cheapest being the 'hard seat', which just doesn't sound comfortable at all. In the middle is the 'hard sleeper' bed that we opted for, with the luxurious(and correspondingly expensive) 'soft sleeper' option at the top. 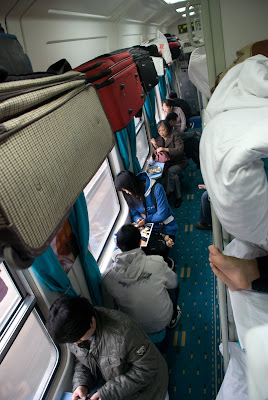 The beds were arranged in bunks of three, and I volunteered for the top bunk. It didn't seem like it from below, but that top bunk was WAY up there. Despite the 'hard sleeper' designation, the beds were fairly comfortable and once the lights went out I had little problem falling asleep. It reminded me a bit of camping, where you wake up often during the night, but fall right back asleep every time. 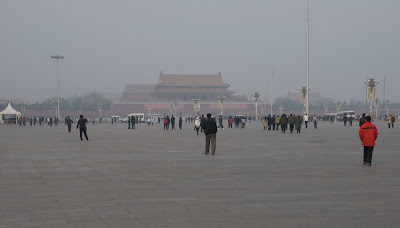 The contrast between Beijing and Shanghai is huge. Shanghai is like a teenager, doing ten things at once, vibrant and full of life. Beijing is more like an old man, full of history and the satisfaction of a life well lived. The train station in Beijing is surrounded by boring communist apartment blocks, which didn't make for a very welcoming introduction to the city, but once we had showered at the hotel we were ready to see what Beijing had to offer. 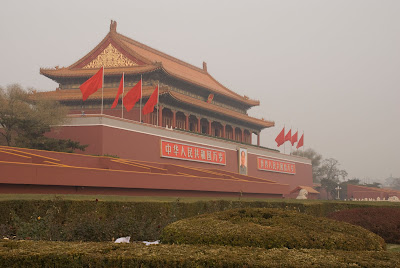 Naturally the first sight to see in Beijing is Tian an Men Square and the adjacent Forbidden city. I was shocked at the scale of the Forbidden City. It just keeps going, massive courtyard after massive courtyard. The low, gray light made photography a little difficult, and the chilly late November afternoon didn't encourage lingering out of doors, but the whole experience was still amazing. 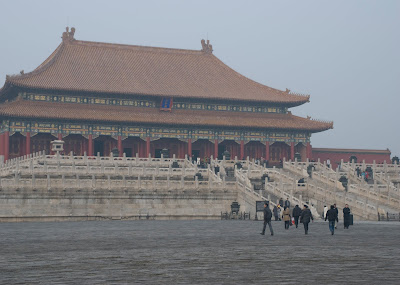 The Forbidden City closed at 5:00, so all in all we only had a few hours inside, and could have easily done with more time to explore the more out of the way areas. 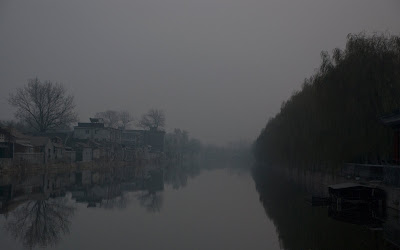 The sun was setting fast as we walked out the back entrance. Todd and Bobbi met up with a friend of theirs they were staying with, and I headed back to my hotel room for a brief rest before dinner. Beijing was cold, crowded and full of very unhelpful taxi drivers, but it was still a fascinating place, and I aimed to get as much out of the city as I could! 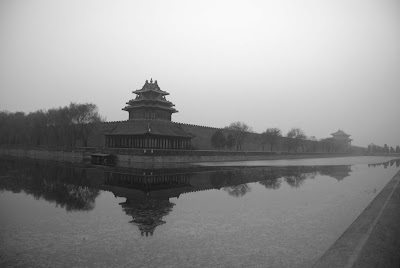 Posted by Travelingrant at 10:17 AM

I always tell people that the Forbidden City is huge but you can't appreciate just how large it is until you go there.