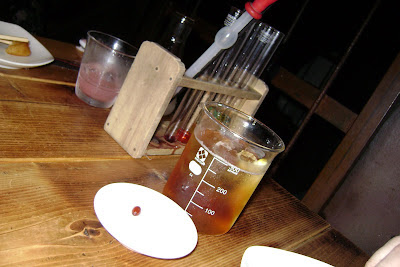 So Grant is gone from Japan (see disclaimer above) and back in America (If you believe everything you read on the internet).

How did it get to this point you might ask? Well it all goes back to a rainy night last August when Grant was bitten by an Ukai cormorant ( http://en.wikipedia.org/wiki/Cormorant_Fishing_on_the_Nagara_River) that thought Grant's chubby thumb was a delicious river fish to be captured for it's master. Grant contracted avian cormorant rabies which can easily be cleared up with antibiotics. An easy enough fix, however, since the recent resignation of Japanese Prime Minister Shinzo Abe, all antibiotics have been made unavailable to non-native residents until a new Prime Minister can pull Oda Nobunaga's katana from the stone.

Well, rather than face a slow painful loss of digits to the avian cormorant rabies (the silent killer) Grant decided to go back to America where antibiotics are available to anyone with a concealed firearms license.

But before Grant left his Asian "home away from homeland" he wanted to spend one last weekend in the big Osaka, living it up in Japan's most exciting city.

I met Grant at Osaka station where he was having a little trouble with the transition of things in his life. By this I mean, actually all the things in Grants life that he owns were stuffed into three suitcases and two bags and he was having serious issues with the transition between the ticket gates at the train station. With an extra hand (my right one) moving Grant's things became a much simpler challenge and we carried his luggage halfway across Osaka to a prison restaurant where the guards were nice enough to stash his bags in the prison-kitchen.

My friend Gothic-Lolita Kate and her acquaintance from Tokyo had already arrived ahead of us and had been escorted to our cell-table in handcuffs by a lovely young Japanese waitress in a blue latex police uniform. Since Grant and I were late we didn't get the handcuff treatment and were shown to our table, un-manacled. We ate deep fried cheese balls and avocado fondue while sipping cocktails from beakers and eyedroppers.

After about an hour the lights dropped and all the waiters ran around in monster masks screaming, smashing walls and kissing Kate's head while alarms rang and latex lady-cops fired their cap guns for our own protection.

A lot of other things happened for Grant that weekend and since this is his blog, I shall leave the rest of those tellings to him. Please don't make fun of his lumpy discolored thumb.
Posted by Travelingrant at 1:37 AM

and now what's the haps in D-town, Grantipoo?