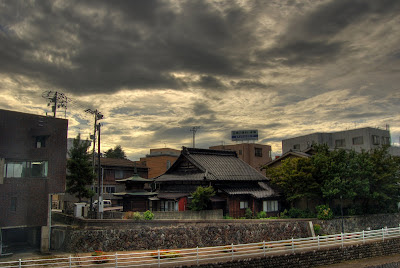 My last two weeks in Kanazawa were a blur. I busily packed all the two years of accumulated junk, tried hard to plan for the future, and still tried to make time to see all my friends before I skedaddled out of the country. Added to my list of duties was the orientation of my incoming replacement, one Fiona from Canada. (Interestingly enough, that makes the third Fiona to move to Kanazawa in three years. I don't think I ever knew anybody named Fiona before I moved to Japan.) 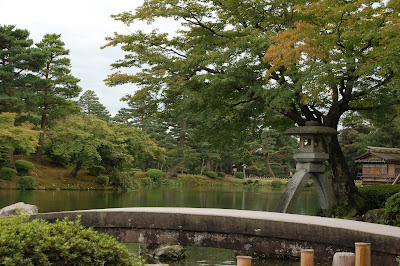 Speaking of my replacement, it was lucky that she was really cool, because it felt really weird handing her my job, apartment, bike, and friends. "Hi, nice to meet you, here is my life. I've enjoyed it, so I hope you do too!" Add in that to all my other issues at the time, leaving, relationship pain etc, and you can imagine it was a pretty weird week for me. Though, I'll admit that going out EVERY NIGHT for two weeks was kinda cool too. I got to see a lot of people. 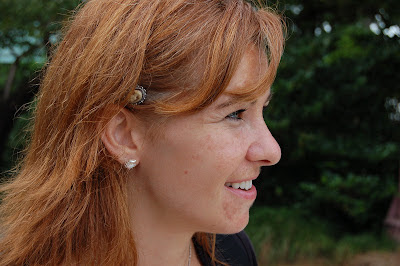 Indeed, my good friend Marie swooped down from Wajima (two hours away, up at the tip of the Noto Peninsula) exclusively for my farewell party that weekend. She was pretty broke, but made the trip anyway, which meant a lot to me. All in all, we had 16 people at my party, which included all the closest friends that were still in Ishikawa. I would say I was touched, but honestly after two hours of all you can drink Asahi, I don't think the finer emotions in life were forefront in my mind. ;-) 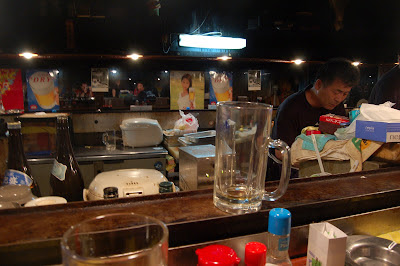 The very last night I spent in Kanazawa we went out to one of my favorite restaurants, the best Yakitori in town. 1 Liter draft Asahi + Chicken on a stick = A good time. It was nice to spend my last night with some of my favorite students, and at the same time introduce Fiona to the glory of food on a stick. 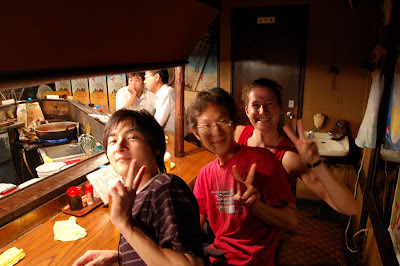 And then, just like that... it was over. I remember, back when I worked at the library, I mentioned to my boss, who had done two years as a JET up in Niigata prefecture, that someday there would be a time when living in Japan was the past, but in the flush of anticipation of my great adventure I couldn't even imagine what that would be like. Well, here it is, and now Japan is the past. A glorious past, but the past nonetheless, and it is time to look to the future, though who really knows what that holds? Never fear though, as I will keep updating my blog, though under a new title. Perhaps I'll just change it to Denver Tales!... Stay tuned...
Posted by Travelingrant at 1:29 AM

Marie is so pretty! And I love that yakitori place!