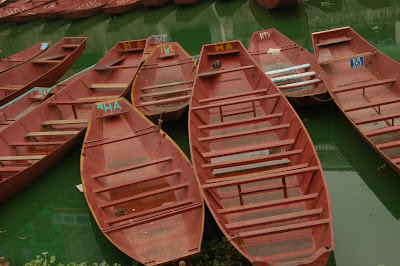 I booked a tour to The Perfume Pagoda for my second day in Vietnam. What interested me about this particular Buddhist holy site is that it requires a two hour drive, followed by an hour boat ride to get there. The complex itself is nestled in the dramatic Karst landscape that typifies much of the beauty of Southeast Asia. 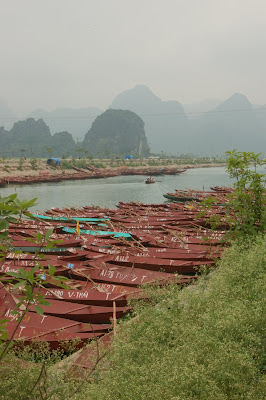 The pagoda is very popular among both tourists and devout locals, especially on religious holidays, so there are tons of boats waiting to ferry people downstream. 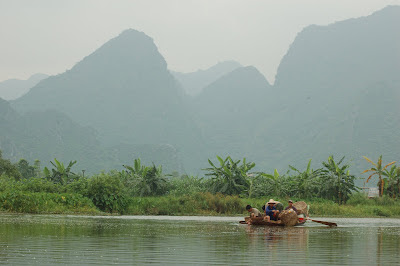 The journey itself was pretty amazing. The overcast day kept things much cooler than that sweltering pit called Bangkok. It was still plenty hot, but far from unpleasant. The steep hills were dramatically shrouded by the heavy air, being slowly revealed as our boat paddled ever closer. 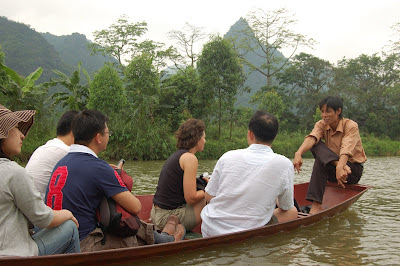 Actually, shortly after we docked the heavens opened and it poured down rain. We really were remarkably lucky, making port mere moments before the rain began in earnest. The tour group opted to eat first, and hike the few kilometers to the pagoda later. 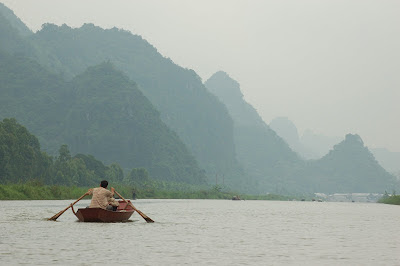 As with all the tour groups I went on in Southeast Asia, the food was pretty good. Certainly nothing terribly dramatic, but considering the cost for the entire day, food included was 15 dollars you can't really complain. The fare was tasty and plentiful. 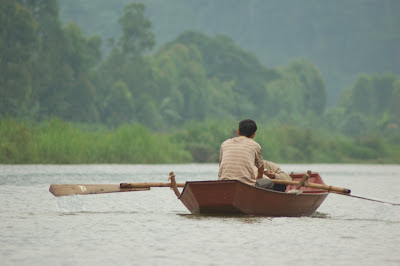 The hike up the wet mountain was tricky but not horribly treacherous. You had to watch your step, and as always in Asia, watch out for umbrella toting old ladies who are liable to bash your head in. 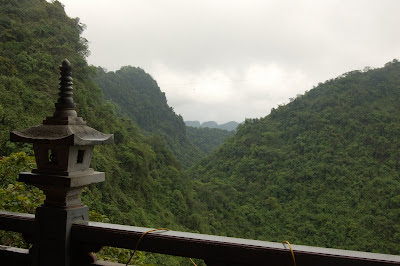 The trail actually pointed to one of the many serious problems plaguing Vietnam, and the developing world in general. Trash. Trash was everywhere along the trail, in great piles. Especially when surrounded by such glorious natural beauty and such interesting cultural heritage, it was a real tragedy. 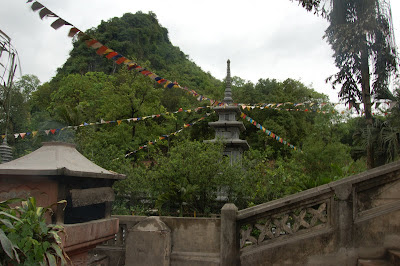 Another tragedy was that I didn't bring my tripod! The heavy overcast weather restricted the light levels a lot, so a vast majority of my pictures didn't come out. I had to use some pretty long shutter speeds, and sadly, a lot of them were just a bit too long. Alas. 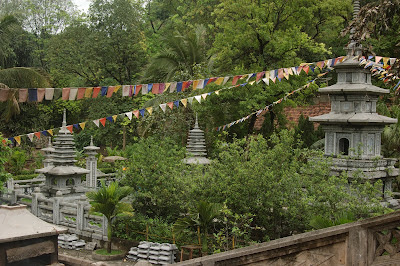 On the bus ride back to Hanoi one of our group mentioned that he owned a restaurant there, and invited the whole tour group out for dinner, on the house! The restaurant, Bunta, was a trendy modern reinterpretation of Vietnamese cuisine. It was amazingly delicious. I tried the recommended apple juice for my drink, and it was tart and tasty and honestly I have to say it tasted 'green'. Really a perfect cap to a pretty amazing day. 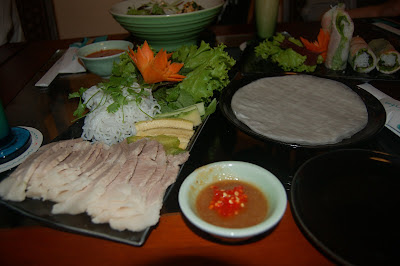 Posted by Travelingrant at 11:15 PM

Wow! the "mountains" look like they are out of a painting. Almost surreal in the fog - what a great depth of field.

isn't it amazing? the land forms actually do continue on to China, and you can really see the inspiration for those dramatic 'fog bound mountains' Chinese paintings.