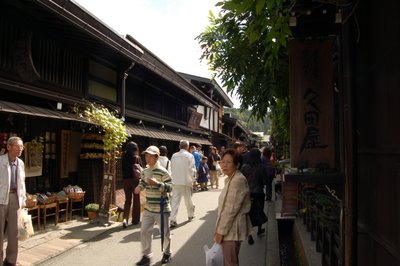 Denver has sister city relationships with several cities scattered around the world, but interestingly enough one of those cities is Takayama, in nearby Gifu Prefecture. I have wanted to see Takayama ever since my original foray into Japan on vacation, but its rather remote mountain location has kept me away, until now! 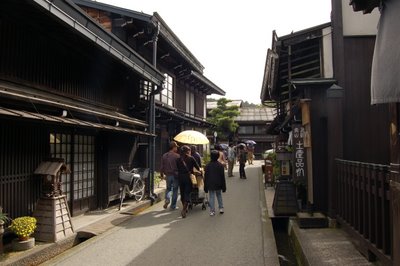 With a three day weekend and tales of a huge festival (one of the top three in Japan!) I started making plans to visit. While at one time we had as many as four peope in our travel group, at the end it was just me and my good friend Anna. We eschewed the long trip on Japan Rail and opted instead for the cheaper and more direct bus. The trip up through the mountains was glorious, and on the way we stopped at Shirakawa-go for a brief photo stop and bathroom break. (As an UNESCO World Heritage site Shirakawa-go will get its own blog entry.) 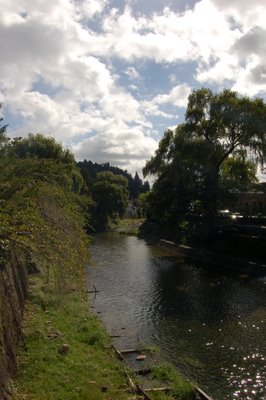 Takayama is unique among Japanese cities. Not only did it not get bombed, it also avoided the ramapant redevelopment that has marred other once pristine cities like Kyoto or even Kanazawa. This isn't to say that Takayama is devoid of the "concrete look," but it does retain the original Edo-era downtown, a charming cluster of old merchant houses and shops. Shops offer lots of local wares and and nick-nacks. They also had frozen sake cocktails, talk about a wonderful combo! 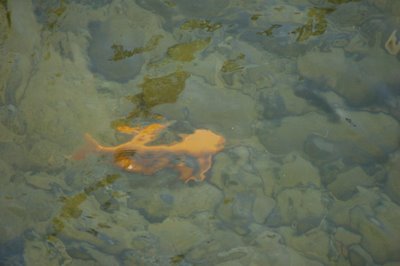 The weather on Sunday was insane. Clouds, rain, bright sunshine, clouds, sun... all in about 5 minutes! It made setting up for photgraphs very difficult, I would get the exposure right and then the sun would come out and flood everything with light. At least it didn't pour rain all day, though later in the evening a chill bit of rain fell on the mountains. 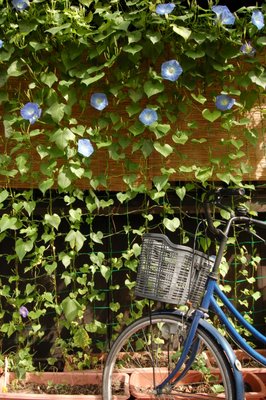 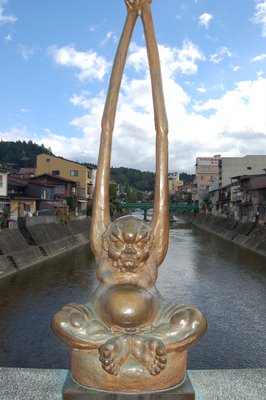 I'm not sure who this is, but dang if he isn't cool. He had a less interesting long-legged counterpart across the street as well. The pair seemed to be a rather famous couple of mascots for the city. 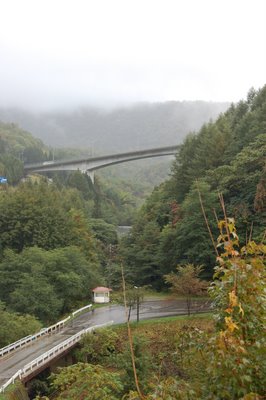 With the third most popular festival in town, accomodations have to be booked months in advance. We booked a week or so in advance, and were lucky to get this ski-lodge located 40 minutes outside of town. It was half deserted, and had a musty, stuffy air to it, like the owners had been there a long, long time. There were cases of ski trophies and medals, stuffed animals, antiques, dolls, and assorted ... stuff. Anna commented that it was very "The Shining" and she was not far wrong. 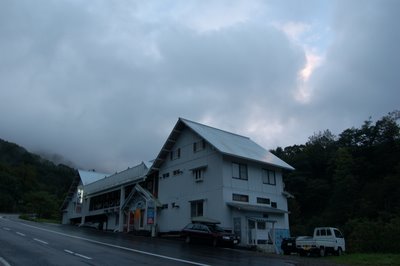 While it was not the Comfort Inn, it was a warm, dry place to sleep and so was greatly appreciated. The proprietress was helpful to the point of smothering, I got the feeling that they don't get many foreign types in this neck of the woods.

Well it was a long great day, and we were pretty bushed. Bed time was around 7:15. The next day promised to be great... it was festival day!
Posted by Travelingrant at 9:02 AM