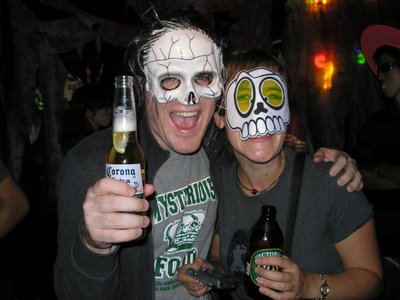 Happy Halloween to all you ghosts, goblins, and assorted creatures who go bump in the night.

While Japan doesn't really 'do' Halloween, it is starting to catch on, and the the local English Teaching community is always interested in something that will let us party. With that in mind, the local Gaijin Bar, Apre, hosted a huge Halloween Dance/ Costume party. Just about everybody I know in Kanazawa was there, so you can imagine that the place was absolutly packed! A great time was had by all, but a few had perhaps too much of a good time. Kanazawa was pretty quite on Sunday! 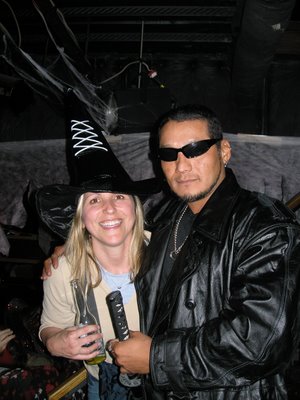 Julie just had to get her photo taken with this Highlander Dude. I do kind of wonder how he could see with those dark sunglasses on, it was pretty dim. 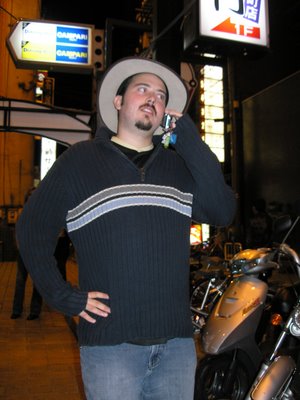 One of the new ALT's, Travis, chats on his cell outside a really great Yakitori greasy spoon. At least he brought his hat for a costume. I do wonder if he still had the hat when he went home later though... hmm I'll have to ask him. 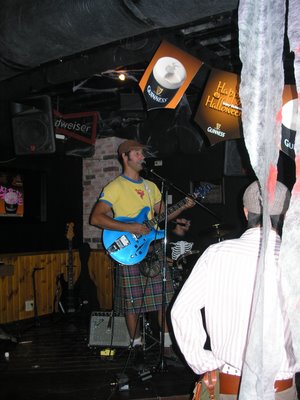 A little bit of live music kept things interesting, they weren't amazing, but live music is live music. Isn't it? 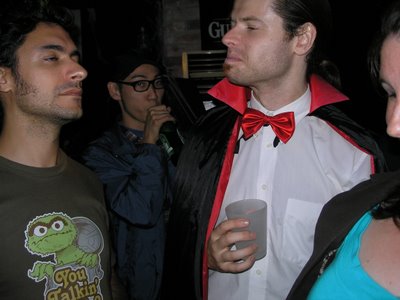 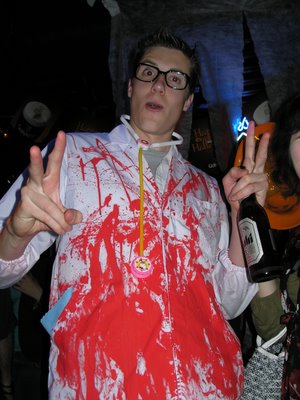 Michael all dressed up as a crazy doctor. The ironic thing is that his was one of the best costumes he is from New Zealand and they don't really *do* Halloween in New Zealand. All the Americans who should be gaga over the holiday were dressed up in the 200 yen masks available at the door. Like my awsome skeleton mask! 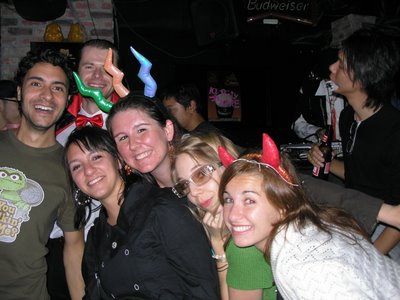 A giant group of ALT's. I'll admit I'm a little dodgy on some of the names, but I know most of them. Both this picture and the previous one were actually taken by Fiona, so give credit where it is due for a pair of darn good pics.

So have a happy, safe, and fun Halloween. Wow, its almost November! Where does the time go?
Posted by Travelingrant at 3:56 PM

Tom isn't from Australia, he's from England. Of course, I could have told you this rather than publishing your mistake for le tout world to see but I didn't.