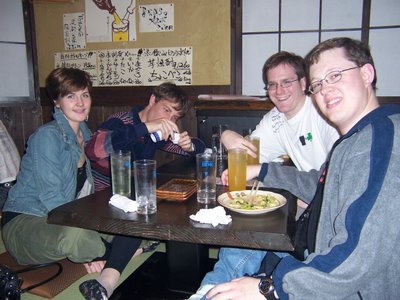 March kicked off my spring 'visitors season' with my first guest. My best buddy for ages, Matt, arrived in early March for a two week visit. We had a great time, and for the short time he had he managed a lot of sight-seeing. Nagoya, Kanazawa, Kyoto, Osaka and Tokyo. Not bad! 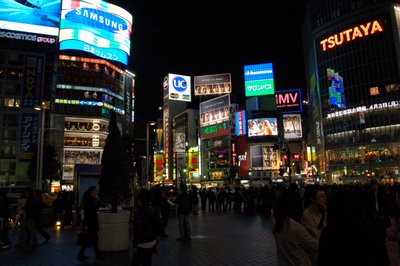 Then in April I took a weekend and went to visit Zach up in Nagano. We celebrated his 25th Birthday and then went to the nearby wasabi farm for a taste of wasabi ice cream. Spring was really creeping up on us, and the weather was great. Of course back home in Ishikawa it spent most of April raining. 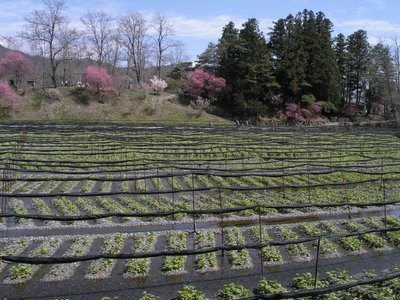 Spring brought out the famed Sakura blossoms, sending the whole nation into a frenzy of flower viewing and sake drinking. Good times were had by all, and honestly the cherry trees really are amazingly beautiful. Spring itself was great, the weather got warmer, it stopped raining every day, and life just took a turn for the better. And of course, my next guest arrived! 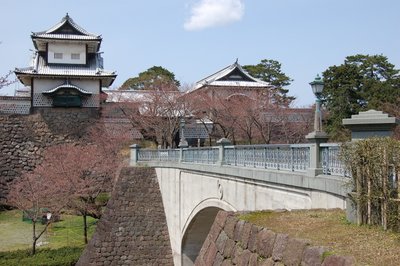 My next visitor was my mother, who came out for Golden Week. We relaxed and walked (and walked and walked) around Kanazawa. We went to all the interesting museums and touristy spots that I had previously ignored. It was a great time, and the chance to see family again after so many months was simply amazing. 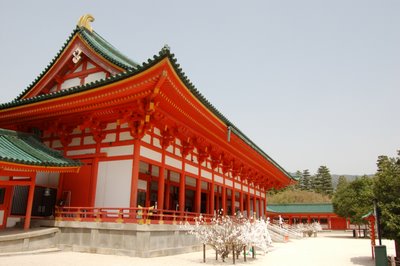 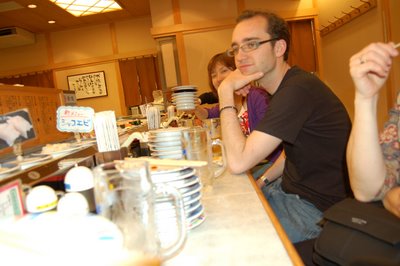 While Mom had no great desire to travel every day and see a lot of Japan, unlike Matt, we did take a daytrip to Kyoto. We saw some of the more famous temples and shrines and of course ate some delicious rotation-sushi at Kyoto Station. Mom really loved her sushi that trip, I don't think I've ever eaten sushi twice in one day before... or since! ;-) 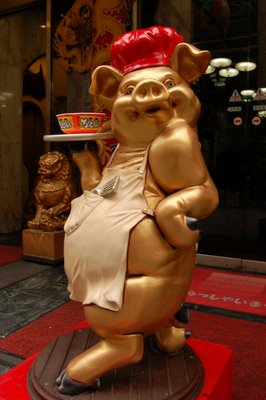 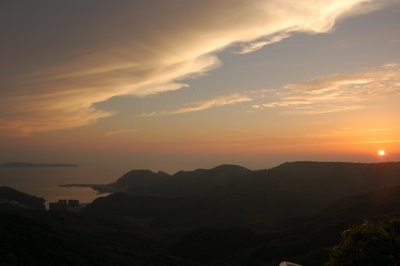 A mere week after Mom left my Sister, Liz, arrived. She had scraped together almost three weeks of vacation time, so we had a lot planned. I took a week off myself and we went way south to Kyushu, taking in cities like Fukaoka and Nagasaki. It was some of the most fun I've had all. The scenery was, unlike say in Tokyo, absolutely breathtaking. 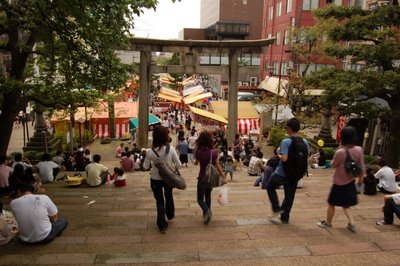 June saw the big Kanazawa festival, with food booths, dancing in the streets, and plenty of Taiko. As Mo would say, it was an overdose of Awsome. It was amazing, unlike anything you would ever have seen in the US. 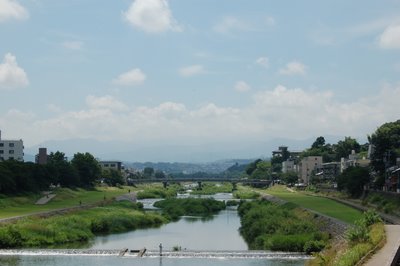 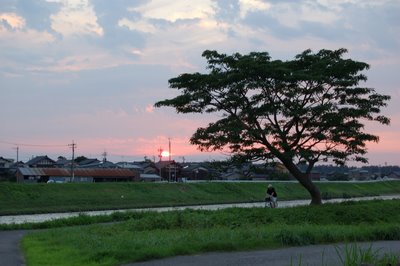 July was Hot. Hot and Muggy. The first part of July was the rainy season, and while it didn't rain very much at first, it was always a threat. High humidity and high temperatures conspired to keep us all indoors even when it wasn't raining. But all was not lost, it was Lost. Nate, Fiona, Mo and myself all banded together and started watching Marathon sessions of the hit TV show Lost. We all got hooked and it provided a pleasently airconditioned and cheap activity for the muggy months of Summer. 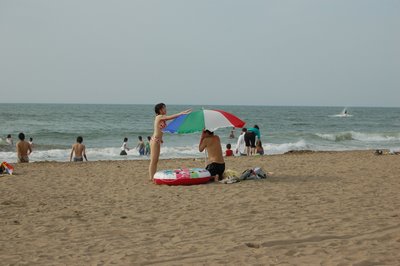 August was Hot, brutally Hot. Luckily the rain had finished in July, but August saw days and days of some pretty intense heat, which made for some great visits to the beach. While Uchinada Beach may not make a list of worldwide beach destinations, for us it was heaven. Sand, waves, beer, burgers, what more do you want on an August evening?

And so we come full circle back to September. Its been a pretty good year, lets home the next 12 months can top it!
Posted by Travelingrant at 10:07 AM

Suuure, pics of me and Zach, but where's the pics we all really want to see?