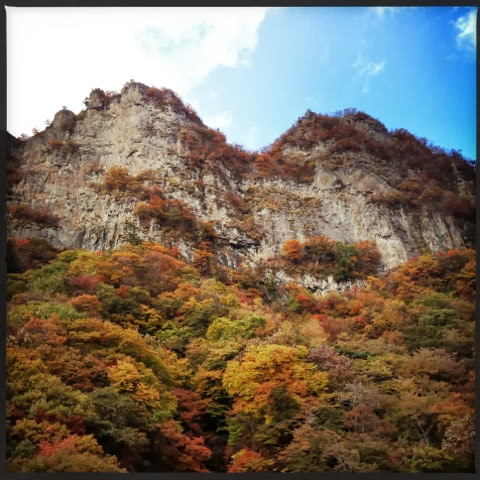 Mt Myogi is one of my favorite spots in Gunma. Located about an hour south west of me, the craggy eroded volcano reminds me a lot of the Rocky Mountains. It is one of the few local areas with nice rock formations. In fact, it is officially listed as one of three most noted areas of rugged beauty in Japan. Japan does love their lists. You may recall the Three Most Beautiful Gardens, or the 100 Places of Unique Smell. 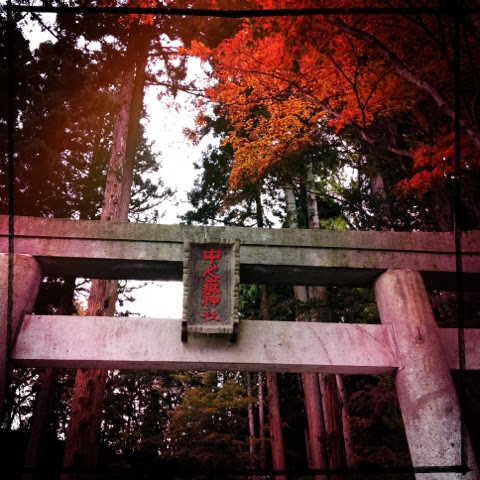 We started our loop at a small shrine on the east side of the mountain. It was actually pretty busy because we were there on a holiday, 3-5-7. Families bring their children to the shrine at those ages, 3 and 7 for boys and 5 for girls, to be blessed. We saw an adorable kid dressed in a suit with shorts. I suppose that is pretty excellent formal wear for a 3 year old.

Starting the hike proper, from the shrine you walk up a long, steep staircase that gets you up to the base of a tall pillar of rock. It is a pretty intense start, but it does gain you a lot of altitude quickly, and that is always to be admired. 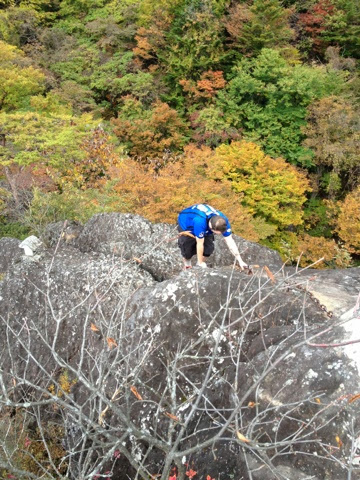 A spur of the trail leads around the side of the spire and up to the top. Making it that far requires some rock scrambling with a bit of assistance from chains and an old metal ladder. The climb is easy enough with some care, but any fear of heights will be tested. 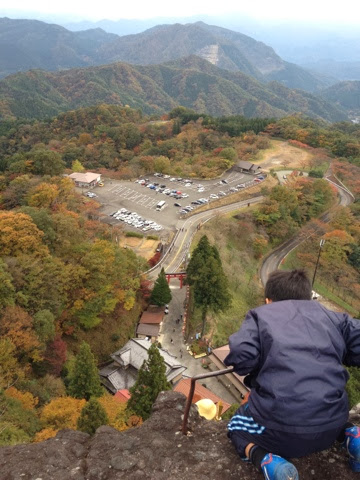 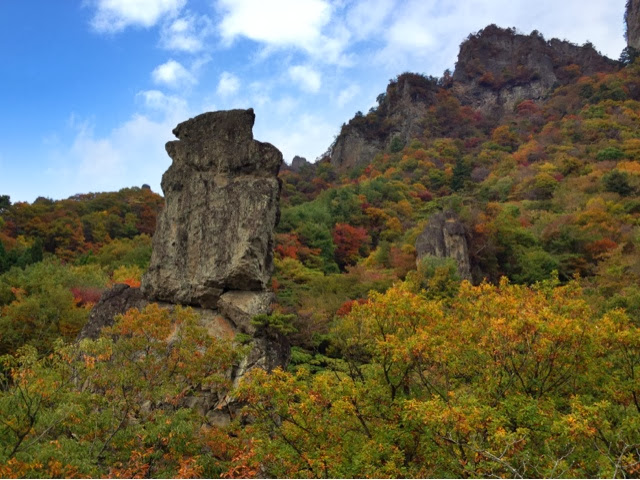 Mt Myogi is one of the areas locally quite famous for fall leaves, which was one reason we made the trip. We timed it perfectly, this week and next are peak season for fall colors around here. The trail winds around and through rock arches and along narrow ridges that offer spectacular views of the north Kanto. It was a little hazy the day we were there, but I imagine that Tokyo would be visible if the day were clear enough.

Posted by Travelingrant at 9:38 PM