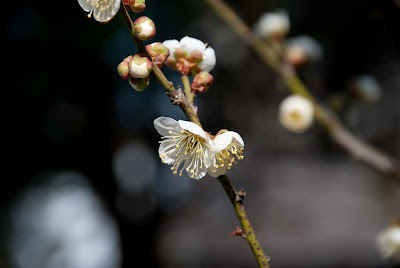 We came down out of the cold, blustery hills to find a warm late February day that hinted at the spring to come. Winter had not given up its grasp, especially not when the wind gusted, but the plum blossoms were just easing their way out. That first harbinger of the change of the season. And not a moment too soon, based on my last heating bill. 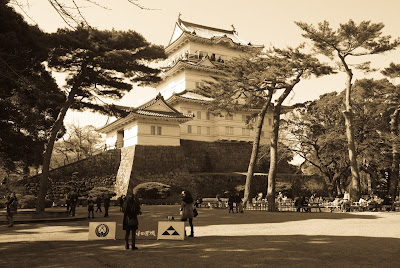 Odawara castle is a concrete reproduction constructed in the 1960s. Like many of Japans feudal castles, Odawara was pulled down during the Meiji Restoration, a victim of the laws that propelled Japan out of its Samurai past. The current donjon, or keep, is actually much smaller than the castle that stood here at the height of its powers in the mid 1500s.

That version of Odawara Castle was ruled by the Late Hojo clan, a group that dominated most of the Kanto. Their holdings stretched all the way from Odawara, which is south of Yokohama, to Numata, which is a small mountain town north of me! It is a distance of some 200 plus kilometers, which is quite the journey by horseback. 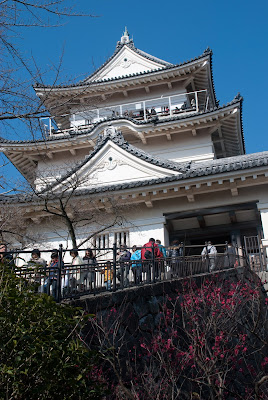 That version of the castle was broken in 1590, along with the power of the Hojo. Toyotomi Hideyoshi besieged and defeated the Hojo, and ordered the fortifications torn down after his victory. The castle was given to future Shogun Tokugawa Ieyasu, along with the rule of the Kanto. Hideyoshi did this to break Ieyasu away from his family's power base in Aichi Prefecture. Sadly for him, that plan did not pan out very well, and Ieyasu eventually brought the whole country under his direct control. In the meantime, he transferred his seat of power from Odawara to Edo castle, which was located where the modern day Imperial Palace is, right in the heart of Tokyo. And that's why Odawara isn't the capital of Japan! 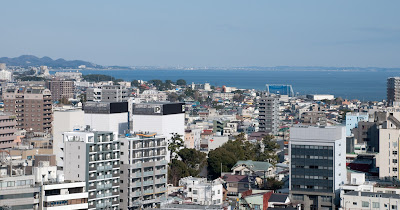 The current castle is still plenty impressive, and offered expansive views of the surrounding area and the vastness of Sagami Bay. I always enjoy visiting Japanese Castles, they seem just as deadly as your standard European castle, but with more of eye towards aesthetics. 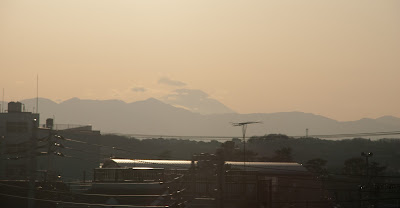 As my train home closed in on Tokyo, I looked back the way I had come and saw Mt. Fuji peeking back at me, saying farewell for now. 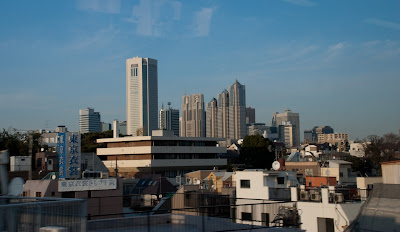 Looking the other way I saw the skyscrapers of Shinjuku welcoming me back to the Tokyo megaplex and modern Japan.

Posted by Travelingrant at 9:46 PM

love the opening photo of this blog post. Beautifully done.

Everybody does Japan in colour, especially during cherry blossom time, but I think the old castles look best in sepia.