I will admit, with my new computer set up it has been more and more difficult to post updates here. Though, it's not all the fault of my too large screen and Japanese keyboard. I have been doing much of my photography on my iPhone. While the results are a far cry from my trusty Nikon D80, the ability to shoot and edit "on the fly" is fantastic and the results can be surprisingly strong. 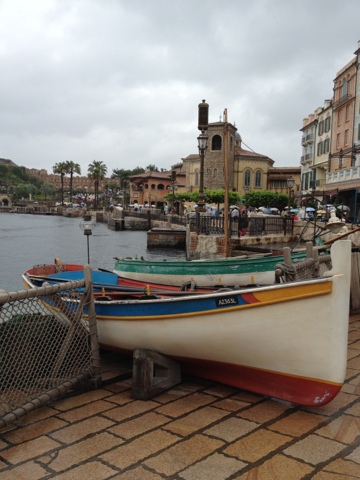 A few weeks ago Tess and I fulfilled an ambition and visited Tokyo DisneySea. DisneySea is a more adult themed take on Disney, with less cutesy and more thrills. I was most impressed with the Disney ability to create several entirely convincing fake worlds within the confines of the park. The entrance is a real hotel set in a Venice/ Italy theme with a few restaurants and shops but no actual rides. 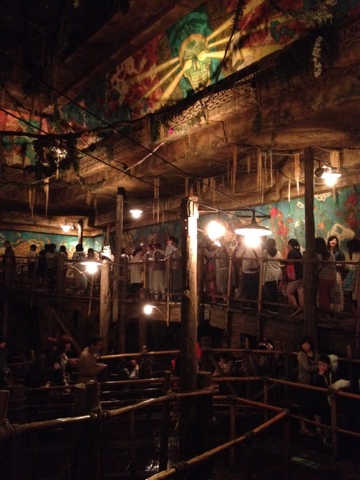 The Indiana Jones ride had a dank jungle themed exterior, with a fantastic Mayan temple excavation interior. The heightened reality was perfect, delivering all you would expect of a temple being excavated by Indiana Jones. The nearby Mexican Restaurant, using that term loosely, had such menu items as teriyaki pork tacos. That might have been a knock against the verisimilitude of the area. Though of course I had to try it, if just to get something semi Mexican into my diet. The result was about what could be expected from something called Teriyaki Pork Tacos. The Mysterious Island had a Jules Verne theme, which was fitting as I was actually reading 20,000 leagues under the Sea at the time. We ended up waiting in line for the Journey to the Center of the Earth roller coaster twice as the first time it was closed for rain maintenance. We were pretty upset, but the staff handled it all quite well by passing out tickets that would enable the bearer to jump any one line in the park. The ride ended up being the best in the park, with a thrilling tour of the underside of the earth culminating in a volcanic eruption. My kind of roller coaster! Speed and geology!

While Disney Parks in America seem to skew more towards children and families, here in Japan they are also very popular date spots. The pan generational love of cute characters probably helps there, as does an increased enjoyment of general cheese. I certainly had a great time, though by the end of the day I was running on fumes. We did manage to ride every major ride, so it was indeed a day well spent!

Posted by Travelingrant at 9:04 PM

I'd never heard of Tokyo DisneySea until you started posting pictures. It's the one and only - and according to this review, it's The Best:
http://www.thethemeparkguy.com/park/disney-sea/
Do you agree?

Yeah, I was really impressed with the whole thing. The design and immersion was top notch. And the rides were plenty fun too! Now if only the lines were shorter...