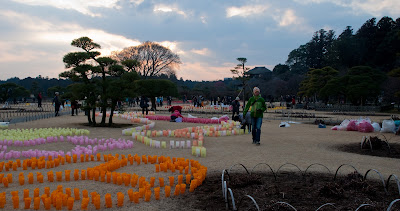 If there is anything Japan loves more than traveling, its making travel related lists. They have been doing it for centuries, and lists include the top 100 mountain peaks, the top 100 scenic places of unusual smells and the top 3 gardens. Living in Kanazawa as I did, I saw plenty of Kenrokuen, which is one of those top gardens. 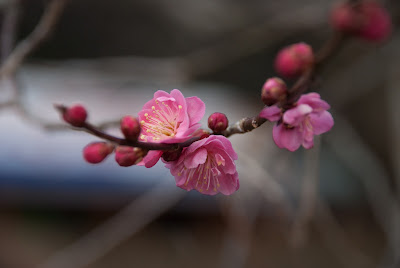 However, I had failed to see any of the other two until this past weekend. Kairakuen in Mito city Ibaraki prefecture is the newest of the gardens, built in the mid 1800s. It is best known for its plum blossoms, and we are fast approaching prime plum blossom season. Please note I said, fast approaching rather than in the middle of. Last weekend was pretty chilly, and while the flowers want to bloom, few of them had managed it. 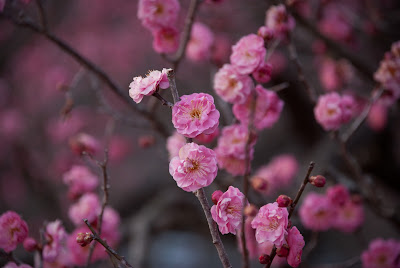 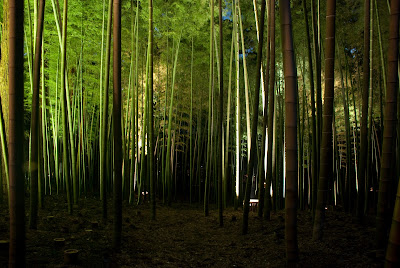 Despite the weather and conspicuous lack of flowers the garden had set up a large festival and light up. Food booths, candles, lanterns, taiko drumming, dancing and even a fireworks display were all on tap for the evening. 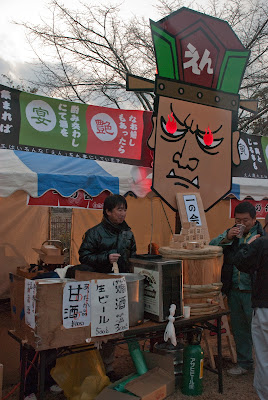 One booth had a glowing image of the Japanese guardian of the underworld looming over it. They were selling local sake, and I just had to buy some. You could buy it in cheap paper cups, or for a bit more in a cedar box. The box was yours to keep, and refills were only two dollars. Not a bad deal at all. Also on offer were some amazing beef strips on a stick and a chashu burger. Chashu is the pork rounds you get on ramen, and is generally quite salty, fatty and smoothly delicious. This massive chunk of it on a bun was amazing, far better than I had expected, and I had expected great things. 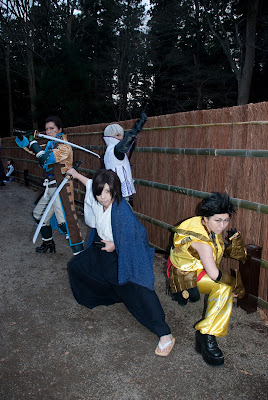 Strangely enough, there were dozens of cosplayers. All over the garden were people impressively bedecked as their favorite character. Some I recognized, but a lot went over my head. We saw two different versions of Date Masamune, samurai overlord of Sendai city and general all around badass. There was also a Naruto, and a mini Naruto, a Ruoni Kenshin and plenty more. You could tell that a lot of time and effort had gone into these costumes, and they were really into it. 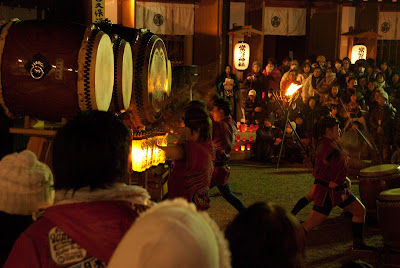 One of the best bits was the taiko. I always enjoy a good taiko show, and the Mito players were excellent. Tess enjoyed how the style in the Kanto was very different from what she has seen up in the wilds of the Noto peninsula. I went ahead and shot some video, its a little shaky and cuts off early but should give an idea of how the performance went.

The fireworks that finished the night were short, but fun. It was getting pretty cold by that point, and I doubt anybody really wanted to watch a more typical show. We all had a fantastic time, though I don't know that Kairakuen will supplant Kenrokuen in my heart.
Posted by Travelingrant at 9:22 PM

I'm so jealous! We're still buried under a blanket of snow over here :( Also, now I want festival food. Damn you.

What kind of camera are you using for the flower pictures?

Hmm the festival food was so good! Beef on a stick!

I shoot a Nikon D80 with the kit 18-135 lens. It does pretty good work, though I would like a faster lens one of these days.