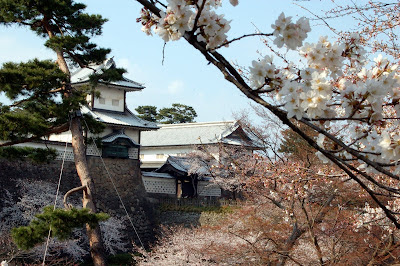 Last weekend was really the official start to Spring here in Japan, or at least, here in Kanazawa. The annual explosion of cherry blossoms is widely celebrated by spreading out a tarp and drinking beer and chu-hi at one in the afternoon. That is one part of the celebration I just can't really get behind. Drinking in the afternoon is, for me, a one way ticket to an early nap, and who wants to ruin their sunny Sunday napping? 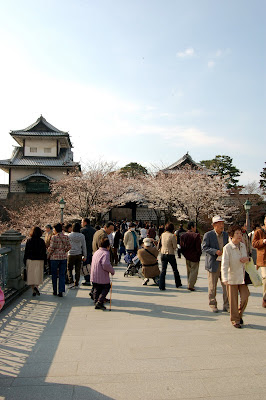 One of my students made sure to point out that traditionally the Hanami parties were about viewing the beautiful flowers, and then translating that physical beauty into haiku. I think the poetry got lost on the way to the excessive alcohol consumption. 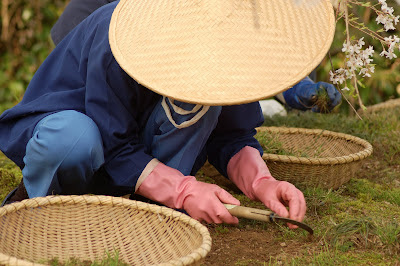 Which doesn't mean that the general idea isn't sound. Actually, gathering friends together to chat and cavort in fine spring weather is a fantastic idea. Get people outside and enjoying the fresh air for the first time since late November. Of course, being the psycho Photo-Boy that I am I had already gone to Kanazawa Castle and Kenrokuen the day before the schools Hanami Party. Most of Kanazawa joined me there, or so it seemed. Anything worth doing in Japan is worth doing by everybody! 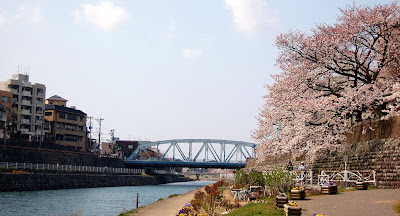 The Sunday of the party dawned bright and clear, a rarity in Ishikawa. We had a few interlopers tho, one of the avian kind, and a couple of crazy kids. 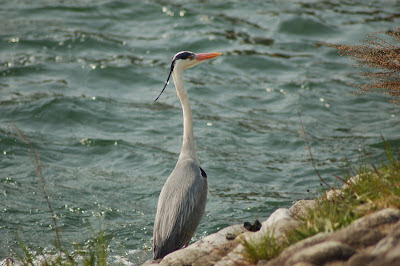 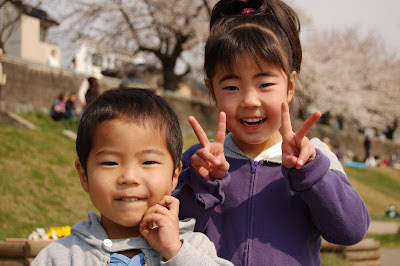 One of my students brought her two delightful young children to the party. She told them about me before they arrived, so upon seeing me they both rushed at me yelling, "Grant-sensei!!!" They then spent an hour running round, rolling down the hill and generally making a mess of their clothing. A great time was had by all. 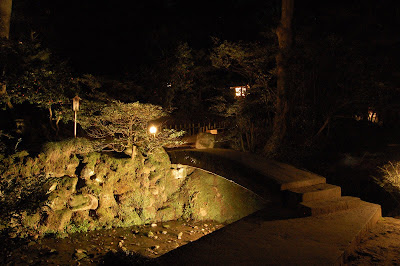 I then met up with some friends and we absconded to the Mexican place for a long overdue dinner of enchiladas and tacos. After that we headed back to Kenrokuen for the night lights. Despite having hundreds of megabytes of pictures from the garden at night I brought my camera and tripod, much to all the disgust of the girls. 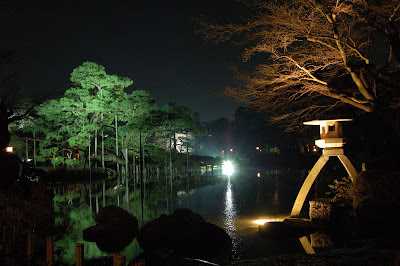 Of course I promptly got separated from the group. It took a disgustingly long time to get back together, being it was pretty dark and really really crowded. Despite that, and the chilly April night, we had a good time, and the lights were a beautiful cap to a pretty good weekend. 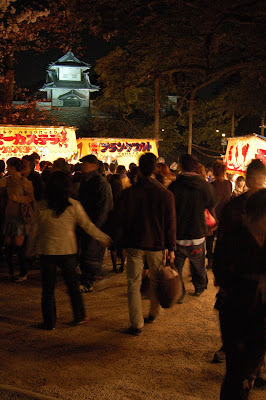 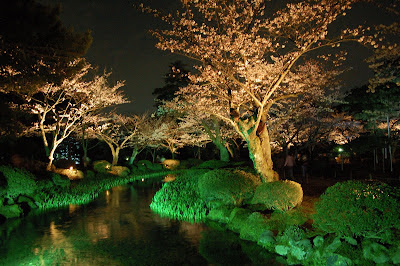 Posted by Travelingrant at 9:57 PM