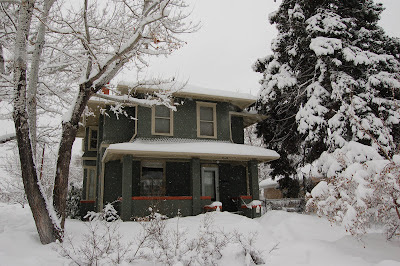 A while back a new Intel based Mac was released, one that with some added software could run both Macintosh OS X and Windows XP. Two operating systems, one machine.

Thats how I felt while at home, and when I arrived back in Japan last week.

When I (finally) made it to Denver last week, it was amazing to me just how quickly, despite all the jetlag and travel stress, I readjusted to life in Denver. I had heard about all sorts of 'reverse culture shock' but I have to say that by and large I didn't feel that. I just comfortably slotted back into all my old relationships. It was like that 16 months away hardly existed.

Sure there were changes, the new rail line had opened up, there were new houses, new Starbucks, and all that. But by and large life was as I had left it. Everybody was pretty much up to exactly what they had been up to in September of 2005, with minimal change.

On the one hand, I found this quite comforting, yet on the other very disconcerting. I had my old life back, exactly as it had been, and yet I had changed. Maybe not a lot, but certainly my life in Japan has altered my world view a bit. I'd like to think my horizons have been expanded! 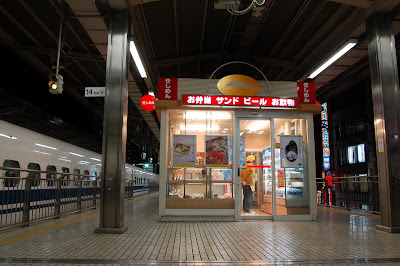 When my flight landed in Nagoya last week, as I got off the plane, I felt "home." Which isn't to say I didn't feel at home in Denver. I feel like now I have two very different homes, and strangly enough I can comfortably switch operating systems between them at will.

What this means for the future is anybody's guess. I certainly don't know yet!

I do know that next week will feature a whole week of deliciously photoshopped and otherwise altered images... including a vast post of HDR pictures. What is HDR you ask? Return next week and find out!
Posted by Travelingrant at 3:06 PM

Hilarious analogy. How long will it be before you are on triple boot mode? Quadruple?