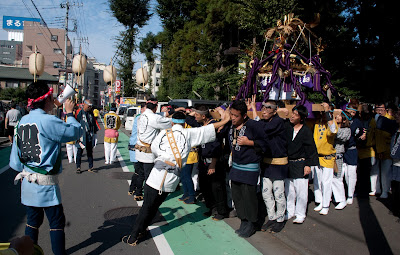 Last weekend I met up with some friends from around the area to go to the Kawagoe festival and celebrate my friend Peter's birthday.One of the first things we ran into was a mikoshi headed out of a shrine. This is very like the one I helped carry at the Maebashi Matsuri the week before. I'm glad they didn't try to press me into action again, as my shoulder was still a little sore from the last one. 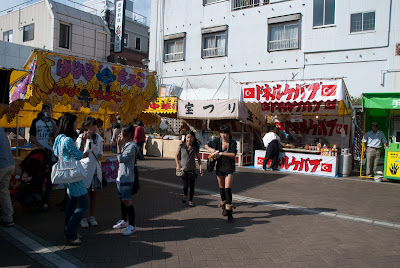 One of the best reasons to go to a festival has to be festival food. The mingled smells of a street or courtyard full of food stalls is sure to set your stomach to grumbling. From yakitori to okonomiyaki to ramen burgers to fried twisty potatoes to doner kebab, just about anything is available and it all tastes great. 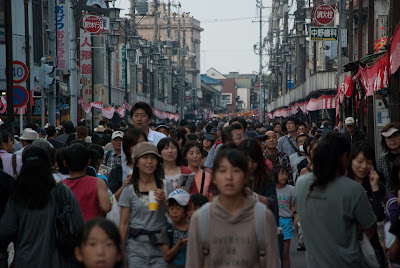 The festival is a popular one, and one of the largest I've seen. The food stalls, toy booths and fairground games of chance stretched from the station to the old town, and filled the grounds of every shrine and temple in between. The whole stretch was jammed with plenty of festival goers, though during the day the crowd wasn't too bad to elbow through. 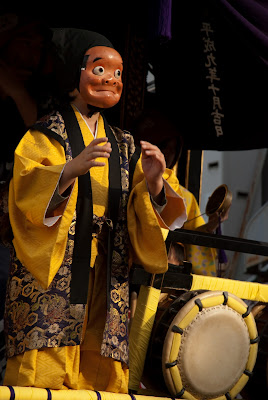 Along the way there were large floats with dancing, drums, flutes and more. 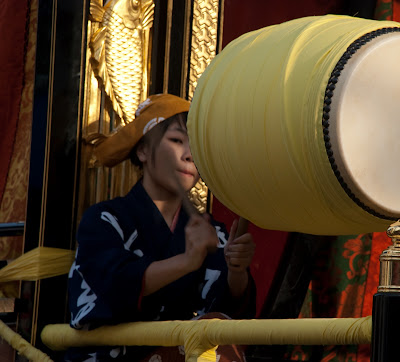 Though not everybody on the floats seemed to be totally enthused to be there. 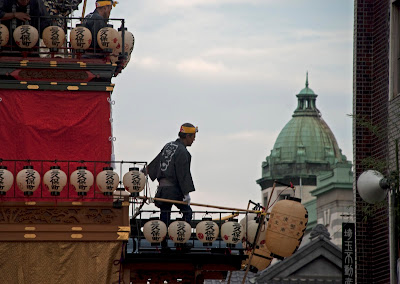 Like the portable shrines, the floats are all human powered. Luckily, they have wheels so there is probably less of a chance of a painfully bruised shoulder.
As we snacked our way from one end of the festival to the other the sun went down, and the festival geared up for the night...
Posted by Travelingrant at 4:04 PM

You left your faithful readers hanging... Pray tell, what about the festival night?

your remarks on the festival food reminded me of Kris Kindle markets during the Bavarian Christmas celebration. Wonderful food, and even Donner kebab was there.